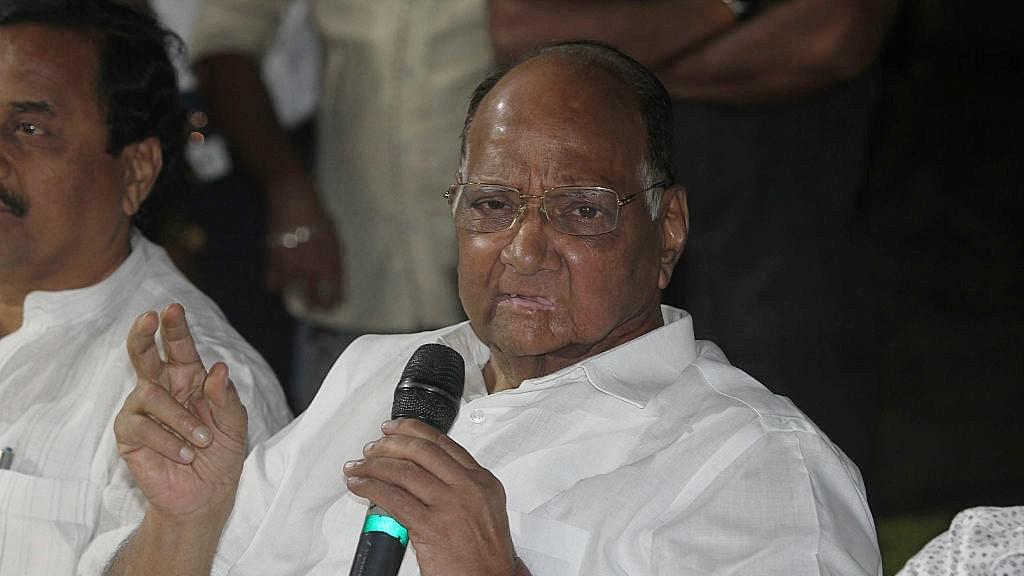 Taking a swipe at Congress leader Rahul Gandhi, Nationalist Congress Party President Sharad Pawar on Saturday (27 June) urged him not to politicise matters of national security, and remember that after the 1962 India-China war, 45,000 square km of Indian territory were occupied by the Chinese.

"Let's not forget what happened in 1962 when China occupied 45,000 square km of India's territory. While levelling such allegations, one must also consider what happened in the past," said the former Defence Minister.

Pawar was responding to questions about Gandhi's accusations that Prime Minister Narendra Modi had surrendered Indian territory to China in the recent border skirmishes in Galwan Valley of Ladakh.

He reiterated that such matters of national security should not be politicised, referring to the disputed Aksai Chin area under China's control but claimed by India.

Giving a breather to the Centre, Pawar said it cannot be blamed for the developments in Galwan Valley since Indian soldiers tried to push back the Chinese soldiers when they tried to encroach on our territory.

"If our army had not been alert, we would not have known about the Chinese actions... The scuffle means we were vigilant or we would have been caught unawares. To term it as a failure of the Defence Minister or anyone else is not correct, and it is unfair to make such allegations," said Pawar.

The NCP chief also referred to the India-China agreement in which both nations decided not to carry firearms at the LAC.

On June 15, 20 soldiers of the Bihar Regiment, including its commander, were killed after clashes with Chinese soldiers at the Galwan Valley, sparking off a major political fracas.

The NCP is a component of the 3-party alliance comprising the Shiv Sena and the Congress in the Maha Vikas Aghadi government in Maharashtra.