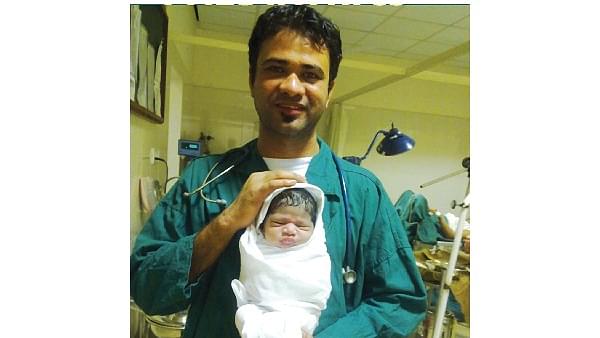 The Uttar Pradesh Special Task Force (STF) on Saturday arrested accused Dr Kafeel Khan from Gorakhpur over the death of nearly 70 children at the Baba Raghav Das Medical College's Hospital. After Dr Kafeel Khan made the headlines, he was removed from the post of the Nodal Officer for the Department of Pediatrics of the hospital. Khan is the third accused so far in the case.

The court has ordered Non-Bailable warrants against seven accused including Dr Kafeel Khan and Dr Satish. STF’s DIG Manoj Tiwari confirmed the development. The report of the Chief Secretary's Committee, was presented to state Chief Minister Yogi Adityanath and catered towards suggestions and improvements for the better working conditions in hospitals in Gorakhpur and other districts. The committee included Ashok Kumar - Secretary of Health and welfare, Mukesh Mittal - Joint Secretary and Dr Hem Chandra, the Medical Superintendent. In a press release issued earlier, the government stated that all recommendations of the probe committee have been accepted.

It further said that the committee has recommended registration of criminal cases against former principal of BRD Medical College, Dr Rajeev Mishra; Dr Satish, in-charge of oxygen supply and head of anesthesia department; Dr Khan, in-charge of the 100-bed AES ward; and Pushpa Sales. Reportedly, Khan was involved in stealing of oxygen cylinders for his private clinic from the BRD hospital. On August 13, state Chief Minister Yogi Adityanath said that he is tremendously affected by the death of over 70 children, while reiterating that a probe will be instigated and the guilty will be severely punished.

Tragedy continued to descend upon Gorakhpur's Baba Raghav Das Medical College hospital, as number of deaths are increasing day by day. According to data procured from the BRD hospital, in five days - from August 7 to August 11, a total of 60 deaths occurred in the hospital. ANI

Gorakhpur: Was Kafeel Khan Bringing In New Oxygen Cylinders Or Returning Those He Had Stolen?