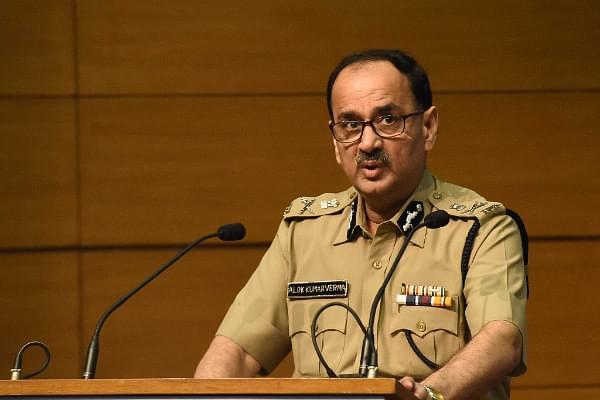 Ousted CBI chief Alok Verma’s personal security guards caught four men in plain clothes at around 6 am today morning (25 October) while they were allegedly trying to snoop on him and his family outside his official residence reports The New Indian Express.

The four men suspected as Intelligence Bureau (IB) officers, via their ID cards and were handed over to the Delhi Police. The IB however reportedly has denied any presence of their officers outside Verma’s home. “IB units are routinely deployed on open patrol duty on a regular basis in high-security zones in Delhi. We are checking on what the exact situation was,” an official was quoted as saying.

The Central government sent Verma on compulsory leave following which he is all set to challenge his removal in the Supreme Court with the help of lawyer Prashant Bhushan.

The hearing is scheduled on Friday (26 October), in the meanwhile M Nageshwar Rao, has been made the CBI chief.

As reported earlier, CVC has accused Verma of being non-cooperative, deliberately obstructive and someone who created wilful obstructions in its functioning.

The CVC as per the report served three notices to the CBI Director on 11 September to submit documents by 14 September, but he failed to do so despite getting subsequent opportunities.