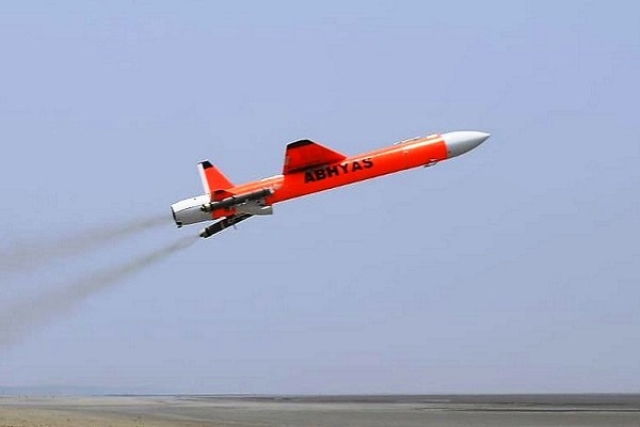 The pre-project details were completed in January 2013 with initial funding of Rs 15 crore, the project completed the first experimental launch in 2012 without the engine. The progress on the project picked up traction after three global tender services floated order for procurement of 225 HEAT drones.

In a statement released by the defence organisation, it said “The flight test tracked by various RADARS and Electro Optic Systems and proved its performance in fully autonomous waypoint navigation mode.” he also added that the “The performance of the system was as per simulations carried out and demonstrated the capability of ABHYAS to meet the mission requirement for a cost-effective HEAT”.

ABHYAS is designed on an in-line small gas turbine engine and uses the indigenously developed MEMS-based navigation system. The drone involves autonomous flight with the help of an autopilot. The drone fuselage is based on Lakshya, a high-speed target drone system developed by the Aeronautical Development Establishment (ADE).