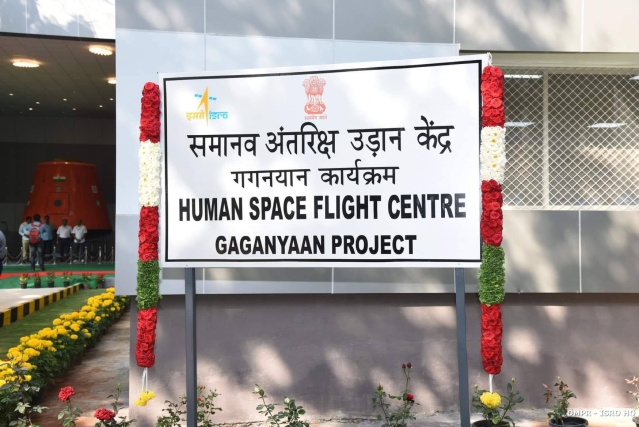 India's premier defence research organisation, the Defence Research and Development Organisation (DRDO), will provide critical technologies for India's first manned mission to space, set to be undertaken before the 75th year of Independence.

DRDO has signed MoUs with the Indian Space Research Organisation (ISRO) to offer technologies for the mission, including space food, survival kits for the crew, radiation protection equipment and parachutes.

The ISRO has set the target for the first human space mission, the Gaganyaan mission, by 2022. The ISRO plans to send three astronauts to space for seven days onboard Gaganyaan, a crew capsule, to be launched with the help of Geo-Synchronous Launch Vehicle (GSLV). The mission is a pet project of Prime Minister Narendra Modi.

Defence Ministry officials said as part of the collaborative effort between the ISRO and the DRDO, human-centric systems required for the mission would be developed. A set of departments and laboratories working under the DRDO also signed MoUs with the ISRO.

Earlier this month, the Indian Air Force made an initial short-list of test pilots to be sent onboard the Gaganyaan. The pilots have been chosen after clinical, radiological and physical tests. One of the three crew is expected to be a woman.