‘Dreams Of Crores Of Deprived And Victimised People Have Come True With Passage Of CAB’: Home Minister Amit Shah 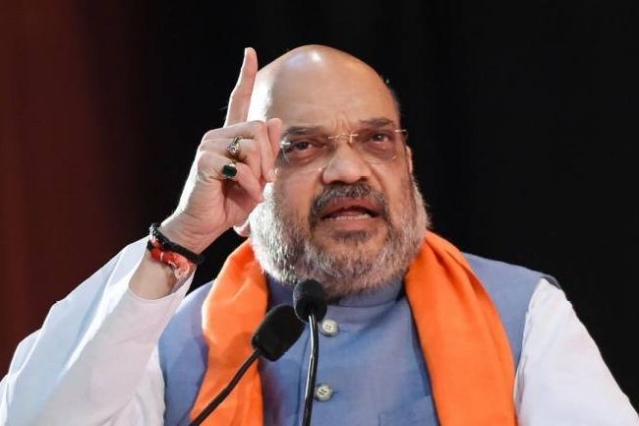 Union Home Minister Amit Shah on Wednesday (11 December) said with the passage of the Citizenship (Amendment) Bill, 2019 in the Rajya Sabha "dreams of crores of deprived and victimised" people had come true and thanked Prime Minister Narendra Modi for his resolve to ensure dignity and safety to the affected people.

"Grateful to Narendra Modiji for his resolve to ensure dignity and safety for these affected people. I thank everyone for their support," Shah tweeted.

The BJP President's remarks came soon after the CAB, which seeks to give Indian nationality to non-Muslim refugees from Pakistan, Bangladesh and Afghanistan, was passed by the Rajya Sabha amid vehement resistance from the opposition parties, which objected to its nature and described the Bill as being "against the Muslim community".

Rejecting the charge, the treasury bench said it would not affect the community residing in the country.

The Bill was tabled in the Upper House by Shah on Wednesday. It was passed by the Lok Sabha on Monday (9 December).

Besides, Shah, Union Railway and Commerce Minister Piyush Goyal also took to twitter and said under the leadership of the Prime Minister and the Home Minister, India had upheld humanitarian values and its historical ethos of giving refuge to the persecuted.

"Congratulations to the entire nation on the passage of the Citizenship (Amendment) Bill 2019 in Parliament. Under the able leadership of Prime MInister Narendra Modiji and Home Minister Amit Shahji, India has upheld humanitarian values and its historical ethos of giving refuge to the persecuted," Goyal tweeted.