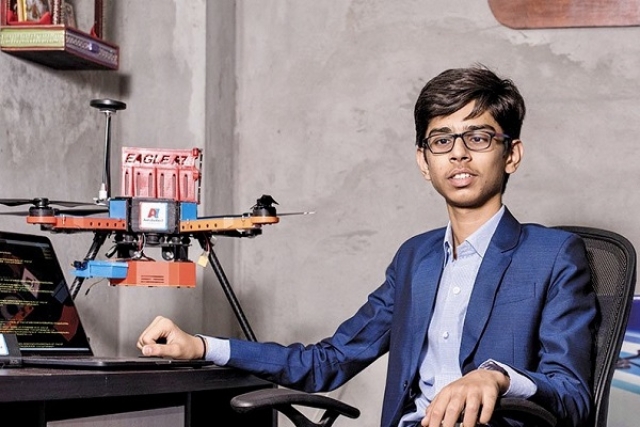 Harshwardhansinh Zala, a 16-year old boy from Gujarat, has invented a drone named ‘EAGLE 47’, that can detect and destroy landmines, reports Financial Express.

The technology as per Zala,“ is not available anywhere else. It has multi-spectral land mine detection technology which can detect mines,”.

Operated by a military grade controller, the drone is powered by a battery box. Containing a main-technology box, the drone sends signals to its ground station from where it is monitored via a mico-computer.

Despite receiving multiple offers to work abroad, Zala wishes to develop technologies that can help Indian armed and paramilitary forces.

“I have received many offers to work abroad, but it is my wish to develop this drone and deploy it to serve the Indian Army and CRPF, to save our jawans from being martyred,” Zala was quoted saying by ANI.