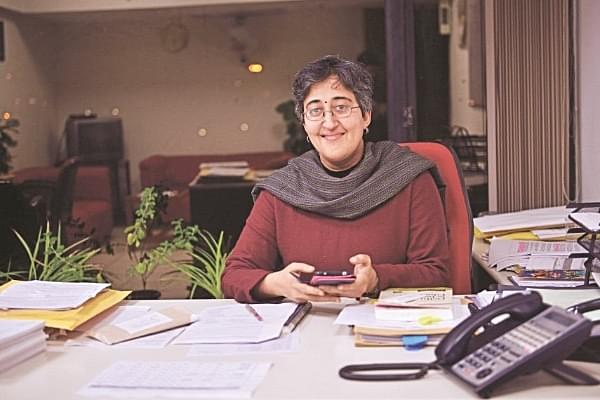 Following reports claiming that AAP leader Atishi Marlena had dropped her surname for 2019 Lok Sabha polls as it sounded christian, AAP has denied that it forced her to do so. Marnela is supposed to be AAP's possible Lok Sabha candidate from East Delhi.

The Jangpura legislator had mentioned his name as Praveen Kumar in the election affidavit and reflected on electronic voting machines during 2015 polls. According to party insiders it was a conscious decision to drop Deshmukh, a surname used mainly by people in Maharashtra, as Kumar was contesting from a Sikh-dominated area.

Kumar, however, denied this saying "My surname still remains Deshmukh. I use my name as Praveen Kumar. That is the one on my voter card."

The decision of Atishi to drop the last name,as party insiders say, comes in the backdrop of the opposition dubbing it as a "Christian name". Sources said AAP was concerned that the BJP was targeting her, telling voters that she is a Christian.

The surname Marlena is reportedly said to be derived from Marx and Lenin.

Such a news comes after former AAP leader Ashutosh accused the party of using his caste to win votes during Lok Sabha polls.