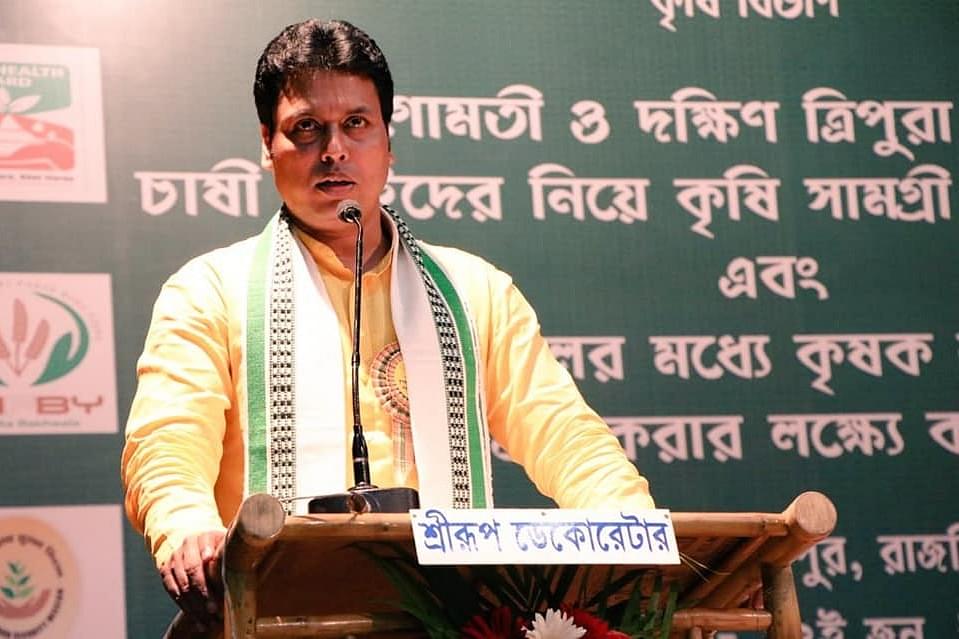 Tripura Chief Minister Biplab Deb has made headlines once again. Addressing locals after a boat race event in the Rudrasagar lake in the state on Tuesday, Deb told the audience that he planned to distribute 50,000 ducklings to fishermen who lived near the water body to boost the rural economy.

“When ducks swim in water, oxygen level automatically increases in the waterbody. It (oxygen) gets recycled. Fish in the water will get more oxygen. They also benefit from the bird droppings. Thus, pisciculture will benefit and fishes will grow faster, that too in a completely organic way,” Deb said, explaining his move.

The statement was soon picked up by various news outlets across the country and Deb was criticised for his remark. It was reported as the latest addition to Deb’s ‘growing list of quotable quotes’. However, unlike many times in the past, Deb may be right in this case, experts believe.

Rameshwar Das, Indian Forest Service secretary posted in the Fisheries Department of Tripura, has explained why. According to Das, the fish present in water bodies require dissolved oxygen to survive. This, the senior officer has said, can only be achieved by increasing the surface area of a water body.

“To increase the surface area, the water has to be disturbed, it cannot be stagnant. Hence, ducks swimming in the water act as biological aerators as they help in creating disturbance in the water,” he said.

State BJP spokesperson Ashok Sinha has also come out in support of Deb. The leader has shared a research document on his Facebook timeline which reportedly supports what Deb said while addressing villagers in the state.

The report, available on the website of Food and Agriculture Organization (FAO), reads “Ducks aerate the water while swimming; thus, they have been called ‘biological aerators'. FAO is an agency of the United Nations.

Another expert, who is a professor of Zoology at a college in Kolkata, told the Times of India that “the paddling movement of ducks can help a nominal amount of atmospheric oxygen get dissolved in water”.