'Duty Called For Restraint Else We Would Have Taught These Hoodlums A Good Lesson': Injured Delhi Cop 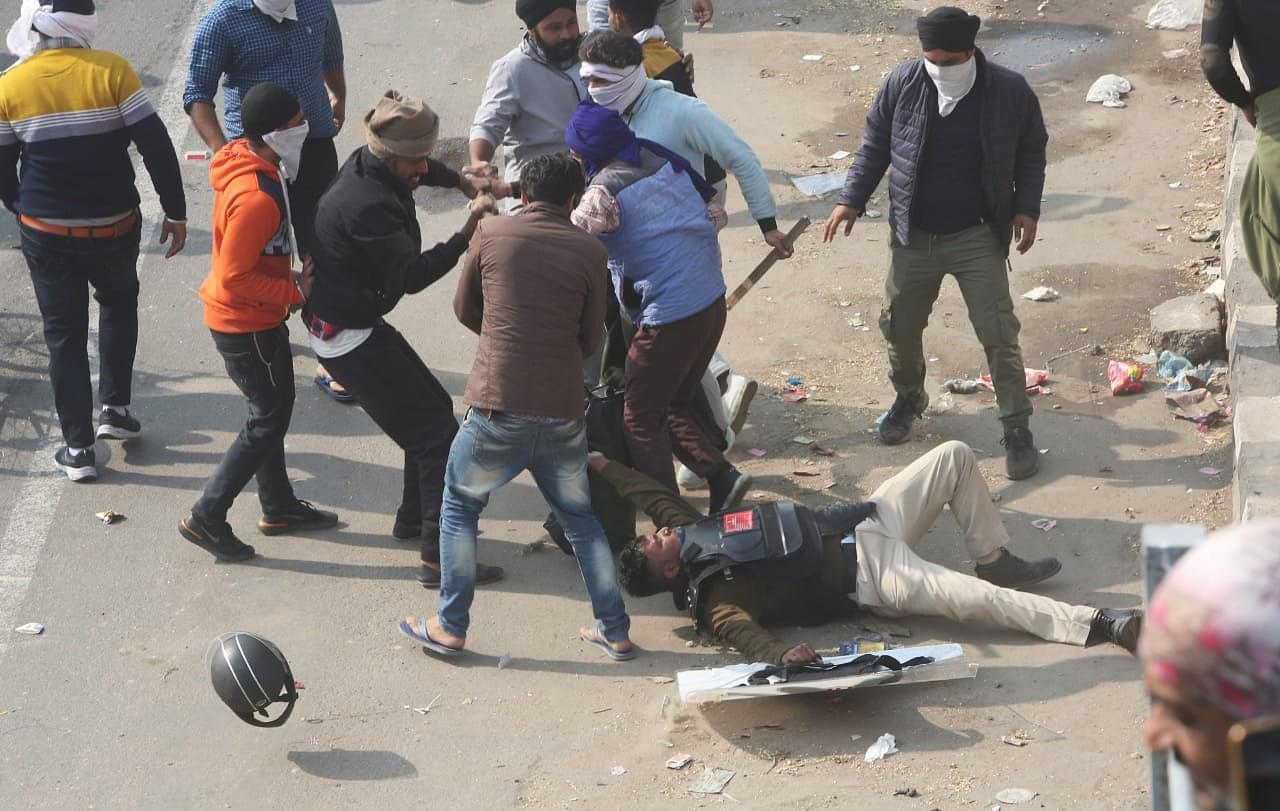 Over 300 Delhi police personnel were injured in the violence unleashed by the protesting farmers during a tractor rally in the national capital on Republic Day.

Despite severe provocation by the violent protesters, the Delhi police exercised restraint and resorted only to lathi charge and lobbing of tear-gas in few places to control the situation.

Video footages of the events that unfolded yesterday (26 January) showed protesters attacking the police personnel with lathis and swords in hands. They were also seen ramming their tractors in the buses parked by police in the ITO area of the Capital.

At the Red Fort, where the protesters hoisted a pennant, the police personnel were beaten by sticks, forcing them to jump down from the walls of the monument.

An injured cop who was admitted to a trauma centre in North Delhi was reportedly furious over the incident.

"Duty called for restraint else we would have taught these hoodlums a good lesson," the cop was quoted as saying by Journalist Raj Shekhar Jha.

It should be noted that the Delhi police has filed over 20 FIR over the violence in the national capital during the farmers' tractor rally.