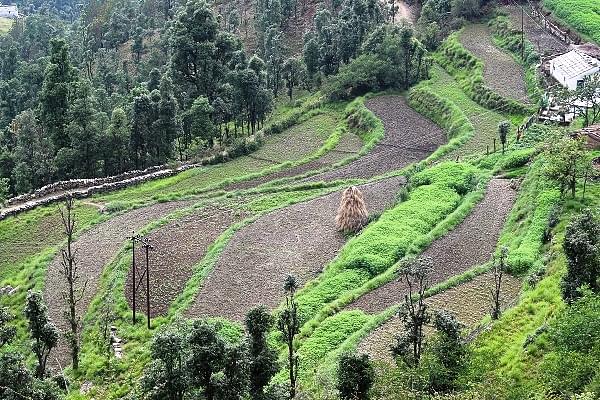 About 70 per cent of the agricultural land in Uttarakhand is facing severe soil erosion with more than 15 tonnes of soil per hectare being eroded every year, Jagran has reported.

A study of Indian Institute of Soil and Water Conservation (IISWC) on soil erosion has stated that the agricultural erosion in both the hill and plain areas is negatively impacting the crop yield in the state.

He said 80 tonnes per hectare of soil is being eroded from the agricultural land in some mountainous parts.

Kumar informed that the rate of soil erosion in plain areas of Uttarakhand at 15 tonnes per hectare is less than the national average.

The loss of soil in hill areas has resulted in a 30 per cent decrease in the crop production, he said.

As per the report, the state is facing a decreased production of more than 13 million tonnes of crops due to the soil erosion which stands at Rs 2,500 crore loss in monetary terms according to the 2008-09 minimum support price (MSP).