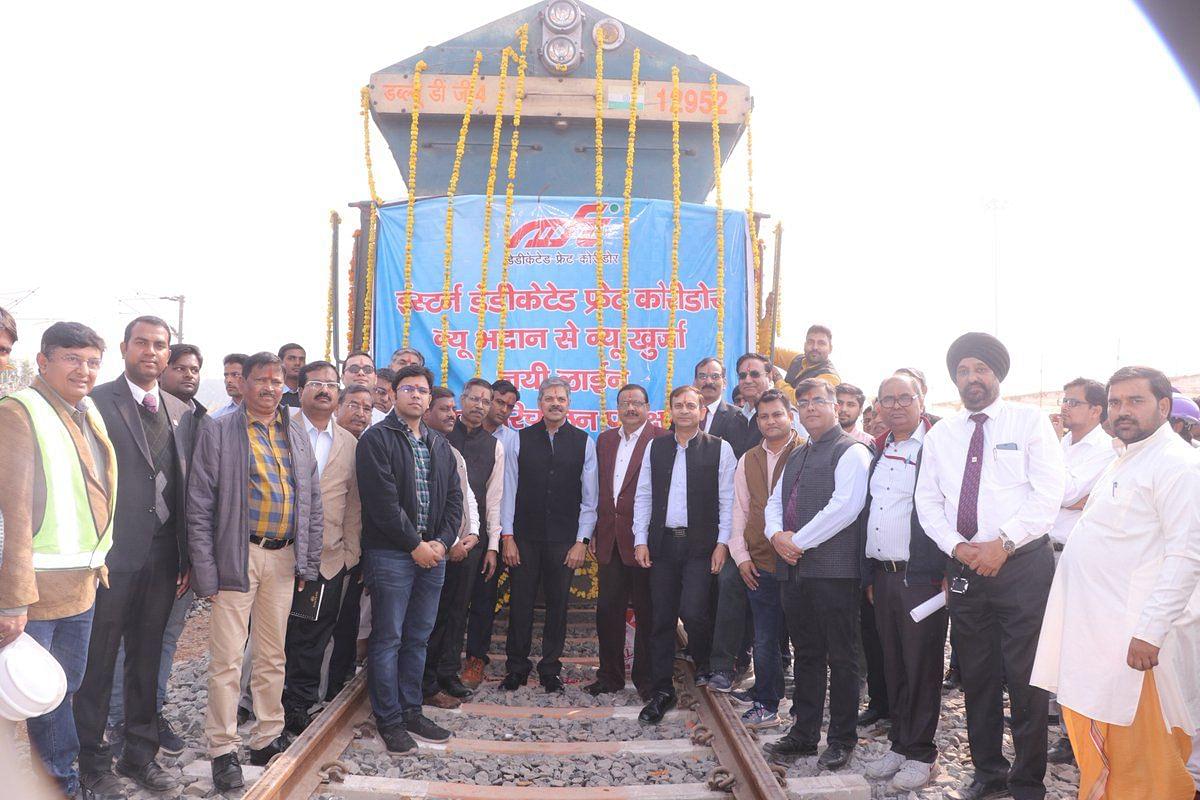 Freight train trial run on 194 km Bhadan - Khurja section in UP of EDFC was done in the presence of Sh. Anurag Sachan, MD, DFCCIL(Source @dfccil_india/Twitter)

Indian Railways on Friday (30 November) announced that it has completed the 194-km section from Bhadan to Khurja in Uttar Pradesh, of the Eastern Dedicated Freight Corridor (EDFC). A senior railway ministry official said that a trial run of freight train on this newly completed section was done on Friday in the presence of Anurag Sachan, MD, Dedicated Freight Corridor Corporation of India, as reported by Times of India.

The 194-km section located between Delhi and Kanpur section, the Bhadan-Khurja stretch has six stations and a total of 249 bridges consisting of 17 major, 137 minor, 92 Rail Under Bridges (RUB) and 3 Rail Fly Overs (RFOs).

The Eastern DFC covers 1,856 km from Ludhiana in Punjab to Dankuni near Kolkata in West Bengal, and will cover the states of Haryana, Uttar Pradesh, Bihar and Jharkhand.

Railway board chairperson, Ashwin Lohani, said, “The corridor will bring revolution in freight transportation and will definitely result in remarkable improvement in punctual movement of trains. We have completed almost 200 km of track by now and expect to complete 800 km of track by March 2020.”

According to the railway officials, freight trains on Dedicated Freight Corridors will be capable for attaining speeds of 100 kmph as against the current maximum speed of 75 kmph on Indian Railway network. The official said that on Thursday, Chairman Railway Board Ashwani Lohani also carried out an extensive inspection of the newly laid EDFC section and reviewed the preparedness along with Sachan and many other senior railway officials.

Lohani, during inspection, expressed satisfaction on the timely completion of the section and reposed firm assurance that consistency of progress will be maintained in achieving the prospective targets of completion of other sections also. The official added that railways will also complete the 300-km stretch of the Western DFC between Rewari (Haryana)-Madar (Rajasthan) by the end of December.