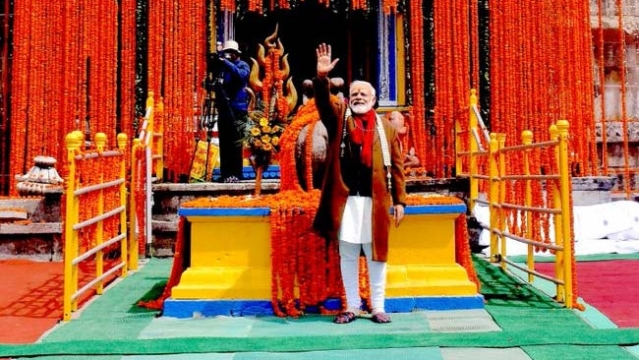 PM Modi has visited the holy shrines at Kedarnath and Badrinath during the opening and closing ceremonies of the Kedarnath shrine’s portals in 2018. (image via PTI)

The Election Commission (EC) has granted its nod for Prime Minister Narendra Modi's two-day official visit to Uttarakhand after the Prime Minister's Office (PMO) had sought the former's view, the Financial Express reports.

In the proposed official visit which starts today (18 May), the Prime Minister will be visiting Kedarnath today, and Badrinath tomorrow (19 May) before returning to the national capital.

While the EC has granted its nod to the PMO, it has also reminded the PMO that the Model Code of Conduct (MCC) is still under force as the last phase of the ongoing Lok Sabha elections which are scheduled to take place on 19 May.

PM Modi has visited the holy shrines at Kedarnath and Badrinath several times in the past five years, including his attendance during the opening and closing ceremonies of the Kedarnath shrine's portals in 2018.