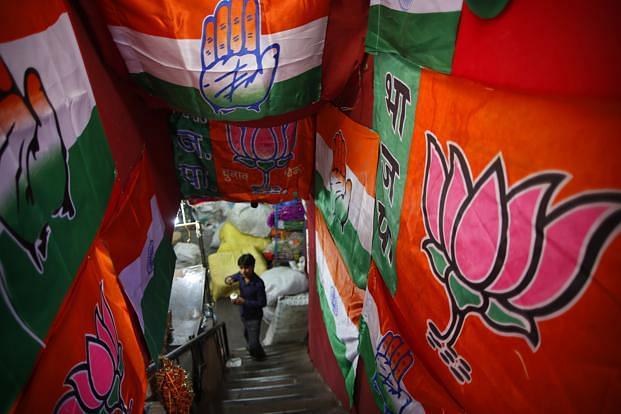 Flags of the BJP and Congress (PTI via Twitter)

The Election Commission of India (ECI) today (25 April) told the High Court of Delhi that the Indian National Congress (INC) and the Bharatiya Janata Party (BJP) have yet to submit their annual audit reports for the financial year 2016-2017, reports PTI. The ECI’s submission was made vide an affidavit to the court that was hearing a plea to implement the Law Commission’s recommendation to enact a provision for monitoring and regulating the expenditure by political parties.

An annexure in the affidavit stated that while both parties had filed their annual audit reports for the financial years 2014-15 and 2015-16, they had not done so for the following year. The ECI has said that it has sent them repeated reminders to do so.

The bench told the ECI that it need not wait for court orders as it was its statutory duty before listing the matter for hearing in September. The affidavit states that all parties are required to submit their audit and contribution reports which will then be put up on its website for the public to view.

The plea has alleged that the provision to monitor and regulate expenses was deliberately not been implemented despite the Supreme Court of India ordering the ECI to do so and holding that it has the power do so.