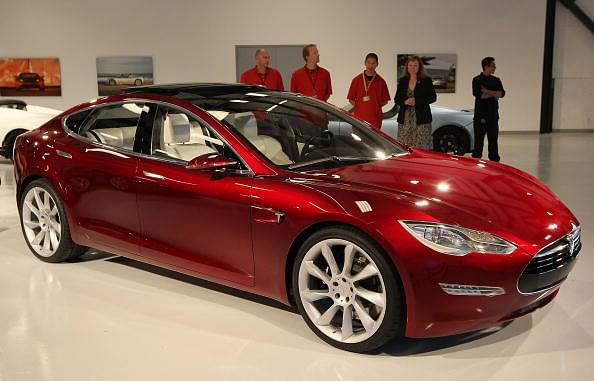 The development comes nearly five months after Tesla became the second most valuable automaker in the world when it surpassed the market value of Volkswagen in January.

On Wednesday, shares of the Tesla, which have more than doubled since the beginning of the year, increased by 3.5 per cent, giving the company a market capitalisation of $207.2 billion, reports Times of India.

This is nearly $5.3 billion more than Toyota's current market stock value of $201.9 billion.

Tesla produced 103,000 vehicles in the first quarter, or about 4 per cent of the almost 2.4 million made by Toyota.

The phenomenal rise in the value of Tesla shares since the start of 2020 has been due to the fact that the investors have begun to feel more confident about the future of electric vehicles.