Europe's Enemies Must Know Who They Are Dealing With, Says Macron After Terror Attack In Austrian Capital Vienna 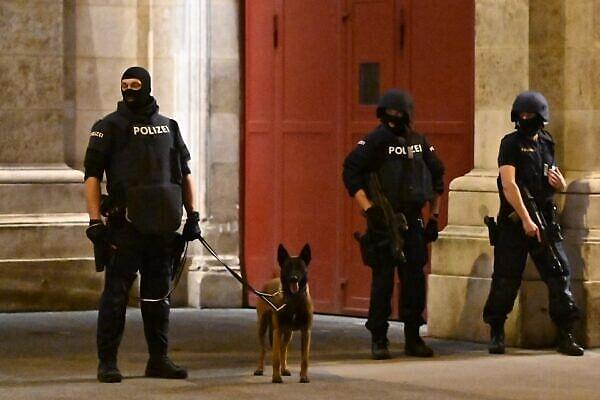 At least two persons and several others were injured in a terror attack in Austria's capital Vienna on Monday (2 November). The two dead persons include one of the terrorists.

As many as 15 people, including a police officer, sustained injuries in multiple shootings in six different locations in Vienna, the media reported.

The shootings that happened on Monday (2 November) evening appeared to be a terrorist attack with multiple perpetrators, according to Austrian Interior Minister Karl Nehammer, Xinhua news agency reported.

"The attack is still ongoing," said the minister to Austrian broadcaster ORF.

Local media reported that at least seven people were killed in the attack.

There were several people injured, the Vienna police said on Twitter. According to a ministry spokeswoman, a police officer was shot and seriously injured in the exchange of fire near Schwedenplatz.

"We are with all possible forces in action," wrote the police on Twitter, calling on people to avoid all public places in the city.

Videos broadcast by private broadcaster "Oe24" showed a masked shooter who fired at least two shots in the street. Another video showed a large pool of blood outside a restaurant.

Meanwhile, French President Emmanuel Macron has said his country and its citizens share the shock and sorrow of the Austrian people following the shootings in Vienna, pledging that "our enemies must know who they are dealing with. We will not give in."

"After France, it is a friendly country that is attacked. This is our Europe. Our enemies must know who they are dealing with. We will not give in," Macron wrote on Twitter on Monday (1 November), Xinhua news agency reported.

It should be noted that earlier last month France had witnessed multiple terror attacks involving the beheading of a French teacher Samuel Paty and an attack on Church in Nice city in which a woman was beheaded and other was killed while multiple others were stabbed in a knife attack.