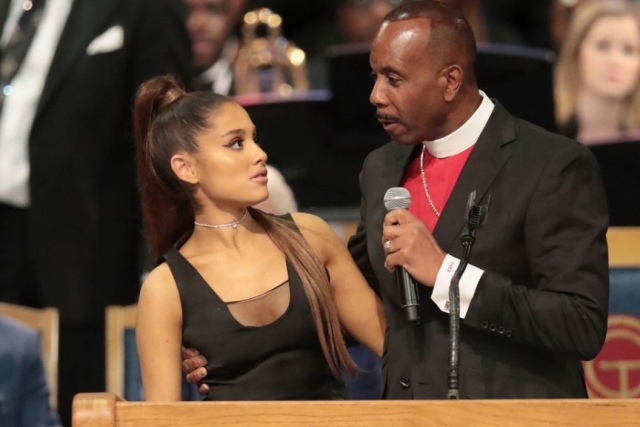 Bishop Charles H Ellis III, the American Christian evangelical pastor who heads a 4000 seat Pentecostal Church in Detroit, has apologised to pop superstar Ariana Grande after he was accused of groping her while on stage during singer, songwriter and actress Aretha Franklin’s funeral service.

The pastor was officiating at Franklin’s funeral. He was seen greeting Grande on stage after the singer performed (You Make Me Feel Like) a Natural Woman, a 1967 song by Franklin. Images revealed Ellis’s hand well above Grande’s waist, with his fingers pressing hard against one side of her chest.

A video of the event went viral. Within hours, the hashtag #RespectAriana began trending worldwide, with many viewers expressing their disgust.

Facing widespread outrage, preacher apologised claiming any inappropriate touch was incidental. He told Associated Press: It would never be my intention to touch any woman’s breast. … I don’t know I guess I put my arm around her. Maybe I crossed the border, maybe I was too friendly but again, I apologise.”

He almost claimed he hugged all the performers during the eight-hour service.