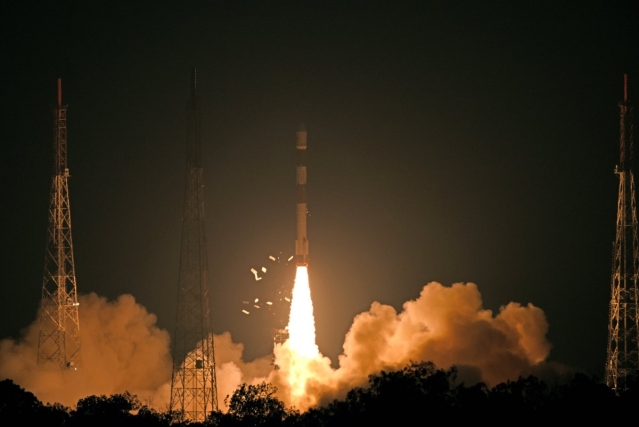 In a boost to India's radar imaging capabilities, the Indian Space Research Organisation (ISRO) on Wednesday morning (22 May) successfully launched the RISAT-2B satellite from its Polar Satellite Launch Vehicle PSLV-C46.

The launch is significant as the last radar imaging satellite launch in RISAT series took place eight years ago when RISAT-1 was launched on 26 April 2012 with a mission life of five years, reports Times of India.

Having a five year mission life, the RISAT-2B satellite with its X-band radar will provide services in the field of agriculture, forestry and disaster management along with crucial military applications as its radar can penetrate through thick clouds and identify hidden objects on the ground.

The PSLV-C46 rocket took just fifteen minutes to place the satellite at a precise orbit of 555 km. mission carried an indigenously made Vikram processor, made by Semi-Conductor Laboratory, and a low cost aided navigation system.

The Vikram processor will become the workhorse for all computers in the future ISRO missions, according to S Somnath, Director, Vikram Sarabhai Space Centre.