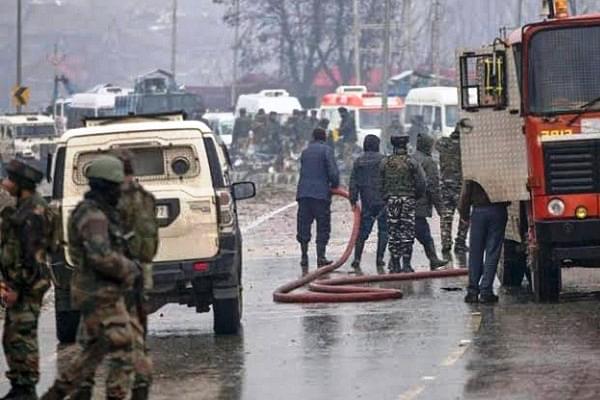 The explosives used in Pulwama terror attack was carried from one point to another by recruiting women and children, top intelligence sources have said, reports Zee Media.

According to the report, the explosives were transferred from across the border over a period of few months while the actuating mechanism to trigger the explosives was created locally. Both the components were reportedly fitted in the bomb just days before the attack.

The Central Reserve Police Force (CRPF) convoy was attacked on 14 February by a vehicle-borne suicide bomber, Adil Ahmad Dar, of terror outfit Jaish-e-Mohammad (JEM) at Lethpora (near Awantipora) in the Pulwama district of Jammu and Kashmir. The attack resulted in death of at least 40 CRPF personnel while injuring many others.

As per the report, the RDX used in the attack is reported to be of military A5 grade category and was transported by women and kids across the border in small quantities over a period of few months.

According to the Indian intelligence agencies, the RDX was procured by Pakistani Army in Rawalpindi, which then handed it over to JeM operatives. It was smuggled using backpacks, cylinders and coal bags to Tral village of Pulwama.

All the explosives, around 300 kg, were reportedly accumulated in Pulwama for the 14 February attack. The RDX was reportedly carried in three drums and mixed with shrapnels and Ammonium Nitrate that is used as an oxidiser. The drums were then fitted in the vehicle which was used by the suicide bomber to attack the CRPF convoy.