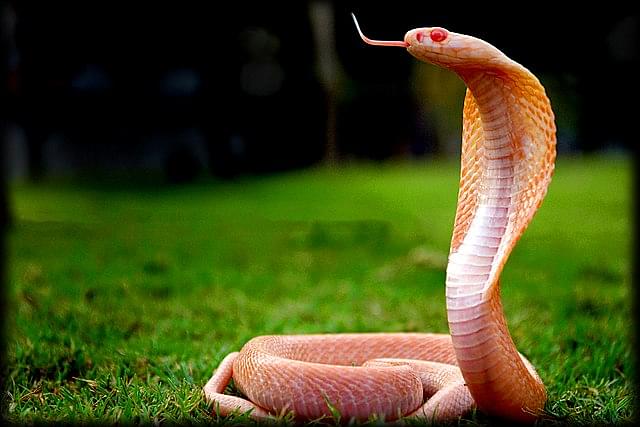 The serpents were reportedly spotted in Haldwani in state's Nainital district. Experts have said that the Albino cobras are among the 10 rarest albino animals in the world.

PM Dhakate, chief conservator of forests, Uttarakhand who is a member of the team that has spotted the animal said, "All our efforts are to conserve the flora and fauna across the state. We are delighted to have such gifts bestowed by nature."

Part of the fauna in Uttarakhand, the albino spectacled cobra specimen is rare.

Meanwhile, the state will be mapping human-snake conflict hotspots in Kumaon region. A project -- extending to three years -- will be initiated by the forest department to learn more about the snakes found in the Kumaon region.

Reportedly, the forest department will train 750 locals from 250 villages. The project will be called 'Community-based human-snake conflict mitigation in Kumaon Himalayas of Uttarakhand, India'.

People from high-risk villages will be trained in snake rescue and rehabilitation process under the project.