Madrasa Teacher Claims He Was Hit By Car For Not Chanting ‘Jai Shri Ram’; Charge Not Yet Proved By Eyewitness Accounts 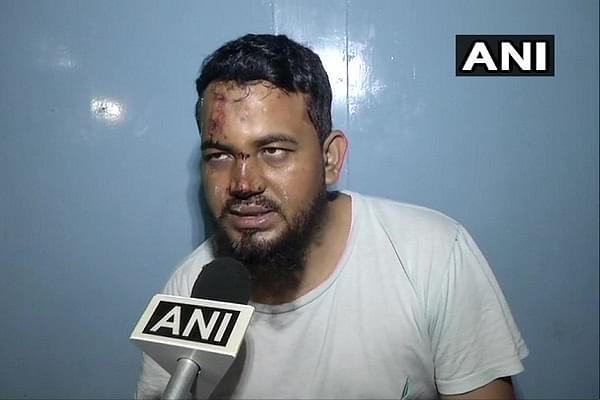 A Madrasa teacher’s allegations of him being hit by a car in Delhi’s Rohini Sector for not chanting Jai Shri Ram have not been substantiated by any eyewitnesses accounts yet, Delhi police has confirmed, The Hindu has reported.

The Madrasa teacher named Mohammed Momin had alleged that he was taking a stroll near the Islamic seminary at 7 pm on Thursday (20 June) when occupants of a car started staking him and demanded that he chant Jai Shri Ram.

After he apparently refused, he was allegedly abused and then run over by the car. A complaint to this reference was filed on Friday (21 June) but as per the police report, the cops found an eyewitness during preliminary investigation but he did not substantiate the allegations.

“During preliminary investigation we found an eyewitness who gave a sequence of events, Momin’s claims have not been substantiated so far”, DCP (Rohini) S D Mishra said.

Another police officer has also added that, “The accounts given by some eyewitnesses of the incident do not substantiate the claims made by the victim but the investigation is under way”. CCTV footage from near the crime scene has also not been able to prove the allegations.

Recently, a Muslim youth had alleged in Gurugram that his skull cap was thrown away, kurta was torn in a communal attack, These allegations were later busted as fake news following a police investigation.