FA Cup To Slide Into Twitter DMs Of Indian Football Fans: Will Send Match Highlights Via Message In 10 Countries 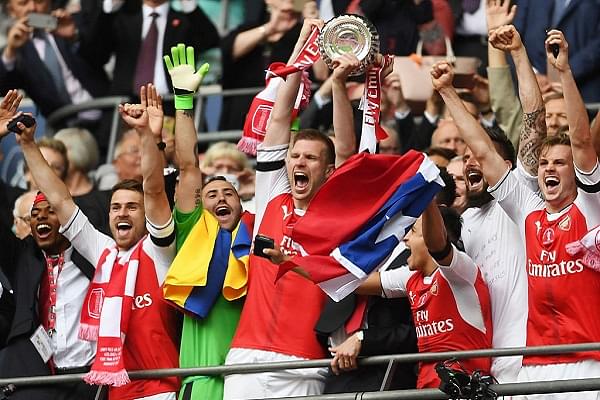 Arsenal celebrating with the FA Cup trophy in 2017, having won it a record 13 times (Laurence Griffiths/Getty Images)

Football fans in India and various other countries will be able to watch FA Cup video highlights on Twitter soon, reports the Television Post.

The news and social networking platform have joined hands with England’s Football Association (FA) to design an DM Bot, which will post video highlights of the worlds oldest national football competition in ten markets across the world.

Fans in countries like the US, India, Brazil, Thailand, Nigeria and Egypt will be able to register to get match action from top English teams like Manchester United, Arsenal, Chelsea, Liverpool, Manchester City and Tottenham Hotspur via private message.

Users who are already following these teams on Twitter will receive a direct message card in their timelines and their local languages. The FA Cup Twitter feed will also promote various other highlights packages like the Goal of the round.

The initiative will start with the current season - FA Cup third round, beginning from 4 January 2019 until 18 May 2019. The clips will be for a maximum of 30 seconds and followers will receive footage and notifications during and after the game.

By the next season, the FA is planning to expand to more teams and market deals. The aim of the partnership is to raise awareness of the competition across various countries around the world.

The marketing head, FA, Georgina Lewis said, “The partnership with Twitter is vital to ensure the competition remains at the forefront of fan engagement and ensures that fans across the world have live access to some of the biggest fixtures, regardless of their daily schedule or location.