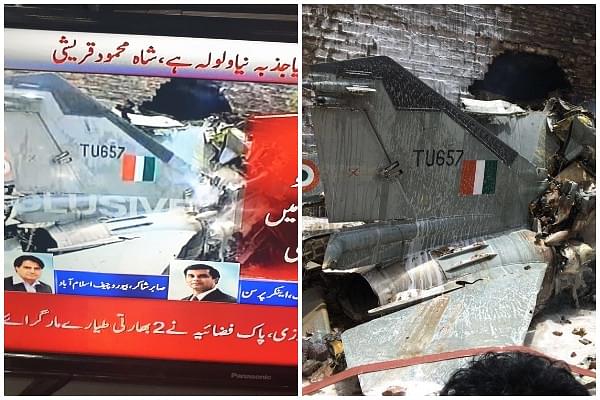 Pakistan uses old videos and pictures to back up its claims.

Pakistan is using old videos to claim that it has shot down two fighter jets of the Indian Air Force (IAF), multiple security experts on social media have pointed out.

This comes soon after Inter-Services Public Relations (ISPR), the propaganda wing of the Pakistan armed forces, said that the country had shot down two fighters of the IAF and arrested a pilot flying one of these jets.

The first video that Pakistan is using to collaborate its claim, which reports say are false, is of a MiG-27 crash in Jodhpur which took place in 2016.

Desperate #Pakistan shows 2016 footage of MIG crash in Jodhpur as Exclusive!!! Footage of MIG shot down in POK pic.twitter.com/0Ml4KKhP1J

The video being used by Pakistan to back up its claim of arresting Indian fighter pilots is that of Surya Kiran pilot Wing Commander Vijay Shelke who was injured in a crash on 19 February this year. Two Surya Kiran Aerobatic Team aircraft had collided mid-air and crashed during a practice sortie for Aero India.

It doesn’t end here. Pakistan is also using pictures and videos of Hawk trainer which crashed in Mayurbhanj district of Odisha.

The IAF is yet to speak on the claims being made by Pakistan.