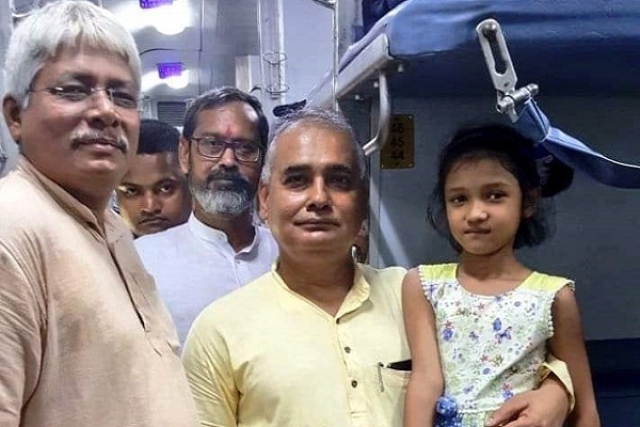 Family members of Jawans martyred in the dastardly Pulwama terror attack in February would attend the oath-taking ceremony of Prime Minister Narendra Modi on Thursday (30 May), Times of India has reported.

As per the report, the family members of Sudip Biswas hailing from West Bengal who was martyred in the Pulwama terror attack has been invited to attend the swearing-in ceremony and have also reached the national capital.

Family members of Sudip Biswas, one of the CRPF personnel who lost his life in Pulwama terror attack (February 14) arrive in Delhi to attend PM Modi's swearing-in ceremony. His mother says,"We have been invited to attend the event. Despite being in sorrow we have come here." pic.twitter.com/t8mx1N3QYn

The mother of Biswas was quoted as saying that despite being in sorrow they decided to honour the invitation and attend the swearing-in ceremony.

An OpIndia report claimed that the daughter of another Pulwama Martyr Babul Santra has also been invited to the swearing-in ceremony and she would attend it along with her family members.

The swearing-in ceremony is scheduled at 7 PM today (30 May) and those attending would also include the kin of BJP workers killed in political violence in Bengal.