Farmer Protester Died As His Speeding Tractor Overturned After Ramming Into A Barricade, Shows Video 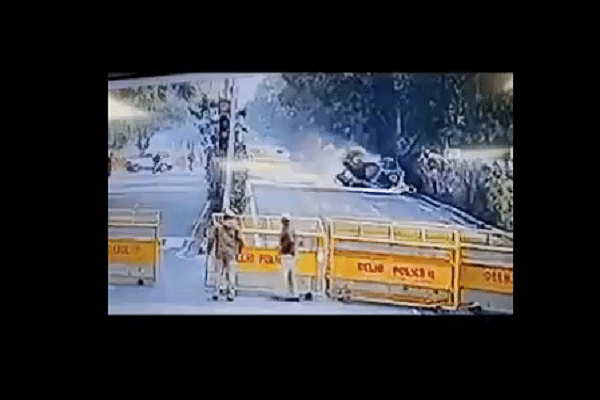 A farmer protester today (26 January) died in Delhi after a tractor which he was driving at full speed overturned after hitting a police barricade.

Following his death, a section of journalists and social media users spread rumours of his death being a result of cops opening fire.

This is how the man tried to break the barricade at a high speed and crashed his Tractor. Died at the spot. pic.twitter.com/XBAtEIJfbE

In the video it can be seen that a tractor is approaching the police barricades at high-speed. Realising the danger a cop tries to open the barricade to avoid a collision but it was too late. The tractor rammed into the barricade and overturned, to kill the protester.

The protesters reached the Red Fort and tried to take down the gate. One of them also hoisted a purported Sikh flag from its ramparts. A protester was also seen in a video attempting to attack a cop with a sword.