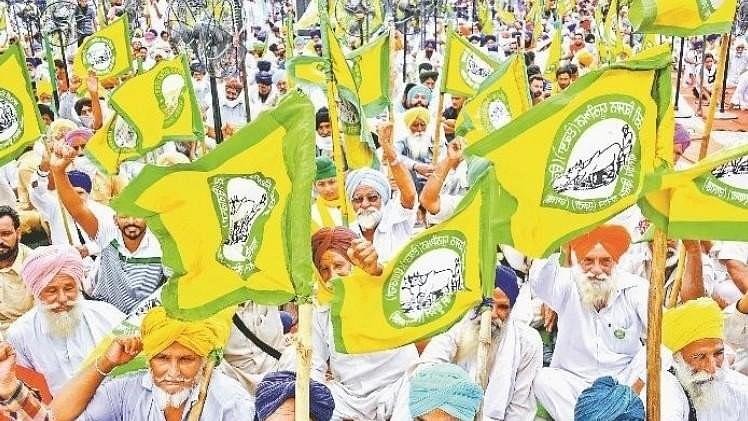 The Bhartiya Kisan Union (Ekta-Ugrahan), leading the ongoing farmer protests, has revealed that a central agency has asked them to submit their registration details that permits the organisation to receive international funding.

The top-brass of the union has declared that they have attained around Rs 8 lakh from various sources in the past two months.

However, they have not yet separated the contributions given by Indians and the countrymen situated abroad, Hindustan Times reports.

BKU President Joginder Singh Ugrahan said, “BKU is being targeted by the central authorities for evoking a massive response from Indians and NRIs. What wrong is there if our supporters working as truck drivers or pursing other labour works send donations from overseas.”

The association had publicly appealed for further financial grants to continue the protests on 6 December. The funds were to be transferred in the personal bank account of BKU’s general secretary Sukhdev Singh Kokrikalan.

He had confirmed that his account is not registered as per the Foreign Contribution (Regulation) Act (FCRA). Subsequently, concerns were flagged over them raising forex by forex department of Punjab and Sindh Bank.

The contributions received by BKU (E-U) will have to be reportedly sent back to international donors as they are most likely not following the FCRA norms. Individuals and organizations are barred from receiving forex without having registered first with the Union Home Ministry. Saturday was apparently the last day to register Kokrikalan’s bank account according to the FCRA.