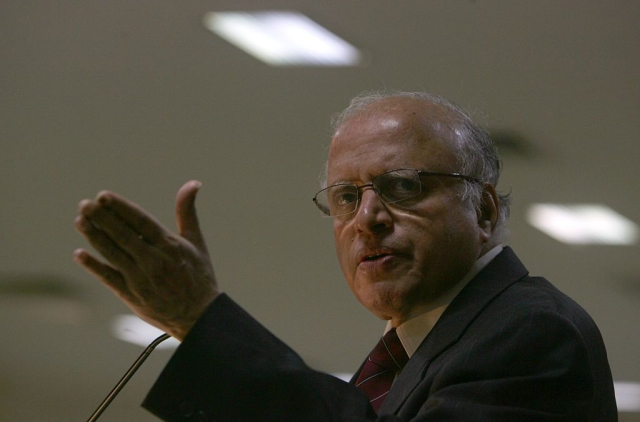 Amid the ongoing debate over the severe air quality in the national capital Delhi and nearby regions, acclaimed agricultural scientist M S Swaminathan on Monday (4 November) came out in support of farmers saying that blaming farmers for stubble burning would not yield any results, Hindustan Times reports.

Taking to Twitter, Swaminathan, who played a key role in India’s Green Revolution, said that instead of blaming farmers for smog and poor air quality, the policymakers should come up with alternatives to crop stubble burning.

He also pointed out that the farmers in southern states did not resort to the option of burning the stubble for the next crop. They use rice stubble for animal feed and to make cardboard or paper, which becomes an extra income.

“The air pollution in Delhi has become a matter of public health concern nationally and internationally. Farmers are being blamed by many including the Chief Minister of Delhi for burning stubble and thereby causing atmospheric pollution,” Swaminathan tweeted.

“In South India stubble is not burnt as there’s economic value as animal feed. For years I pointed out many economic uses of rice straw. We should adopt a do-ecology approach with farmers to convert rice stubble into income rather than making them agents of eco-disaster,” he said in another tweet.

His tweets began a debate on Twitter about the possible alternatives to stubble burning and generating income from it.

Addressing the Delhi, Haryana, and UP governments through his tweets, he advised them to establish Rice Bio Parks to help farmers turn stubble into income and get more employment. “We should stop blaming farmers since it will take us nowhere. Instead we should propose methods which are economically & ecologically desirable,” he added.

The air quality in the NCT Delhi had gone down to a all time high level with Air Quality Index at 1,000 levels in some areas. About 46 per cent of Delhi’s PM 2.5 pollution load was due to crop stubble fire in neighbouring states on Friday, according to System of Air Quality and Weather Forecasting and Research of ministry of earth sciences.