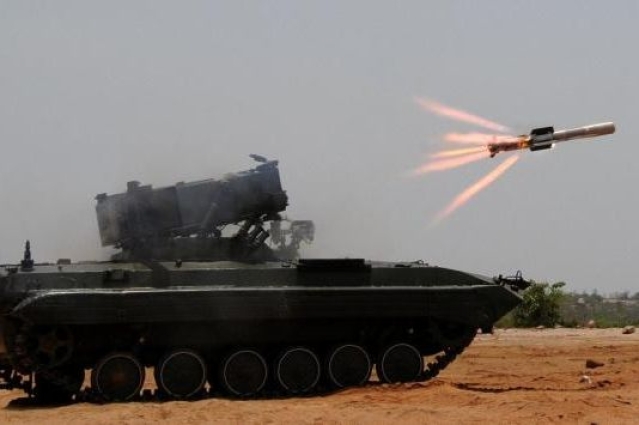 The test, in which the missile was used to target a dud tank, was the final trial of the missile. The success of the missile in this trial, conducted at 6:45 am today, has cleared the way for its induction by the Indian Army.

The missile has a range of 4 kilometers.

It is a third-generation fire and forget missile developed indigenously by the Defence Research and Development Organisation. The missile is equipped with an advanced indigenous imaging infra-red seeker. It has a high single-shot kill probability and can be used during both day and night operations.

The missile can be used in both top-attack and front-attack configurations. It can defeat ‘reactive’ and ‘composite’ armour on main battle tanks.

NAG has been tested just days after India test-fired its indigenously developed Stand-off Anti-tank (SANT) missile. The air-to-ground missile, which can be launched from a helicopter, can hit targets at a range of 15 to 20 kilometers.