Financial Bids For BPCL Disinvestment To Come After September: Report 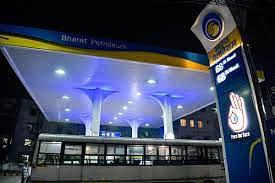 The central government is likely to receive financial bids for its entire stake in the state-owned Bharat Petroleum Corporation Limited (BPCL) post September.

Though the due diligence for prospective buyers isn’t finalised yet, the government will be rounding up its strategic disinvestment of over Rs 54000 crore in the company during the current fiscal year.

Apparently, the Department of Investment and Public Asset Management (DIPAM) earlier planned to complete this transaction by the June quarter itself.

However, certain postponements were caused owing to second wave of the Covid-19 pandemic that hit the country in April-May this year.

BPCL will be permitted to keep subsidised LPG consumers for some years following the privatisation by the Union Petroleum Ministry.

It will then subsequently be transferred to other fuel retailers controlled by the state such as the Indian Oil Corporation (IOC), Hindustan Petroleum Corporation Limited (HPCL) etc.

Vedanta, Think Gas, Apollo Global Management are some of the bidders who have shown interest in BPCL, Financial Express reports.

The central government has set an ambitious disinvestment target of Rs 1.75 lakh crore for FY 21/22. Out of that, Rs 75,000 crore is set to come through privatisation of certain central public sector enterprises (CPSEs) like the BPCL.