First Time Since Pulwama, Pakistan Admits Being In Contact With Jaish; Says Terror Group Denies Any Role In Attack 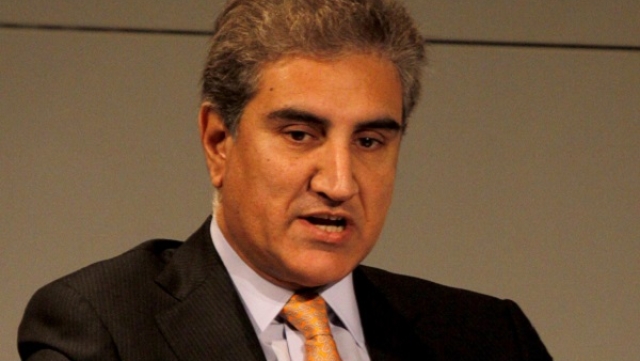 IE reports that this is the first acknowledgement by the Pakistan government that they have been in touch with the Jaish since the Pulwama attacks that killed more than 40 CRPF jawans.

Pakistan Prime Minister Imran Khan has repeatedly been saying that his government is open to cooperate in the investigation on the Pulwama attacks and act against Jaish if India provides actionable intelligence.

India has provided Pakistan with the dossier, reportedly containing all information proving the link of Jaish to the terror attacks.

Also read: ‘He Is Very Unwell, Can’t Leave His House’: Pakistan Foreign Minister Confirms Masood Azhar Is In Their Country

Interestingly, Shah Mehmood Qureshi, Pakistan’s foreign affairs minister, in an interview to BBC Urdu had said that there was still 'confusion' over whether Jaish had claimed responsibility for the attack.

“The confusion is (that) the leadership (of Jaish) when contacted, said ‘no’…They have denied that… that’s the confusion,” he said.

When asked about who contacted the Jaish leadership, Qureshi reportedly said that “People over here, and the people who are known to them.”

The Punjab government has taken over the so-called "nerve centre” of Jaish in Bahawalpur, Qureshi said.

“We will not allow Pakistani soil to be used by any group or any organisation for terrorist activities against any state, including India,” he added.

Earlier in an interview to CNN, Qureshi had admitted that Azhar is in Pakistan and but said the government could act against him only if India presents “solid” and “inalienable” evidence that can stand in a court of law.

Also read: The Terrorist That Got Away: Masood Azhar’s Journey In The World Of Jihad