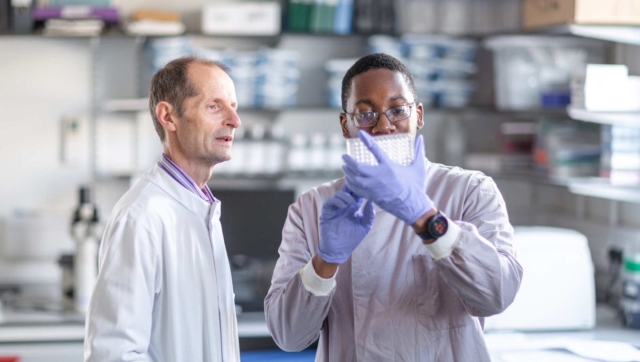 The first healthy volunteer has received a potentiale coronavirus vaccine developed by researchers at Imperial College, London is in in good health, with no safety concerns.

The clinical team, who delivered a small dose of the vaccine to the participant at a West London facility, are closely monitoring the participant and report they are in good health, with no safety concerns.

The Imperial College research team initially received £22.5m in UK government funding and on Sunday it was announced that it had been given an additional £18.5m which it hopes will enable it to launch phase three of the clinical trials later this year. The research team has received a further £5 million in philanthropic donations.

The Imperial College London is developing an RNA-based vaccine for the novel coronavirus in a project led by the immunologist Professor Robin Shattock.

Scientists at the institution have engineered a virus-derived RNA strand that will get into cells, spur the production of the coronavirus’s signature protein, and then replicate itself.

In animal studies, the vaccine has resulted in the generation of protective antibodies.

The trials are the first test of a new self-amplifying RNA (saRNA) technology, which has the potential to revolutionise vaccine development and enable scientists to respond more quickly to emerging diseases.

Dr Katrina Pollock, from Imperial’s Department of Infectious Disease and Chief Investigator of the study, said: "We have reached a significant milestone in this ground-breaking study with the first dose of a self-amplifying RNA vaccine delivered safely.

"We are now poised to test the vaccine in the dose evaluation phase before moving forward to evaluating it in larger numbers.” she added

"It is a privilege to be part of this important work and the team are extremely grateful for the enthusiasm and support from our volunteers, without whom clinical research would not be possible.

"It is a tribute to science and the widespread desire to assist the COVID-19 vaccine programme that thousands are signing up to be a part of these vaccine studies. I look forward to providing more updates on our progress as we gather more data."

Professor Robin Shattock, from the Department of Infectious Disease at Imperial and who is leading the work, said: "The first participant marks an important step for our saRNA vaccine platform, which has never before been trialled in humans.

"We now eagerly await rapid recruitment to the trial so that we can assess both the safety of the vaccine and its ability to produce neutralising antibodies which would indicate an effective response against COVID-19. I look forward to our progress in the coming months."