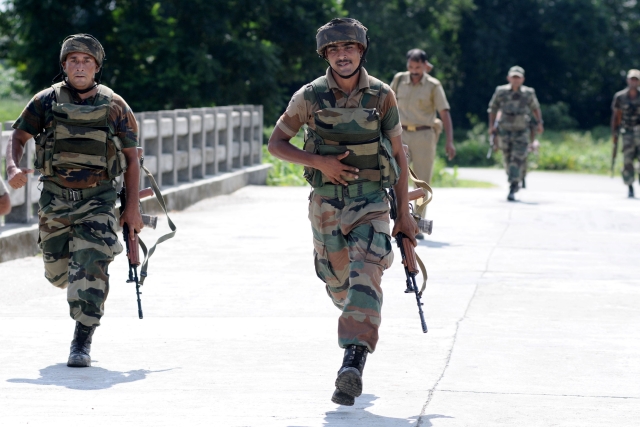 Days after the heinous terror attack on a Central Reserve Police Force (CRPF) convoy in Jammu and Kashmir’s Pulwama district, five army personnel, including a Major, were killed in action on Monday (18 February) in an encounter with terrorists in the same district.

Following credible inputs about the presence of some terrorists in Pinglan area of Pulwama, a joint team of army’s 5 Rashtriya Rifles (RR), CRPF and Special Operations Group (SOG) cordoned off the area in the early morning hours, reports Times of India.

Two civilians, who were owners of the house where the terrorists were reportedly holed up, were also killed during the encounter. Police informed that during the search operation, terrorists fired on the forces, leading to a gunfight.

As per the report, five armymen including a Major were killed during the encounter. Those killed were Major V S Dhoundiyal, Head Constable Save Ram, Sepoy Ajay Kumar and Sepoy Hari Singh.

Another sepoy, Gulzar Mohammad, who was critically injured during the encounter was taken to army’s 92 base hospital in Badamibagh, Srinagar, for treatment but succumbed to his injuries.

According to the report, two to three terrorists were trapped in the area.