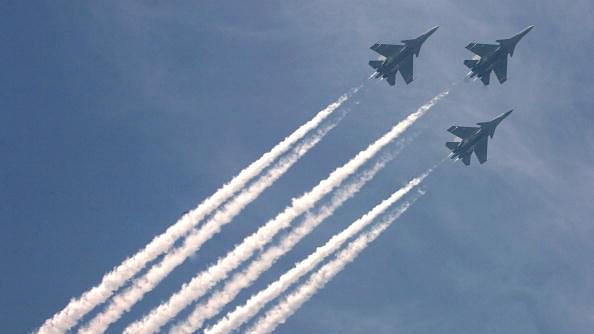 The Russian-origin Sukhoi Su-30 MKI fighter jets of the Indian Air Force (IAF) will be capable of carrying up to five new BrahMos missiles that are being developed by the BrahMos Aerospace - a joint venture of India and Russia.

BrahMos is a medium-range ramjet supersonic cruise missile that can be launched from submarine, ships, aircraft, or land. It is the fastest cruise missile in the world.

At present, the Su-30 MKI can carry one BrahMos missile under its fuselage. However, with the introduction of the BrahMos NG (Next Generation), the IAF fighter jet will be capable of carrying up to five BrahMos missile.

“We proceed from the fact that it will be possible to furnish Su-30 MKI fighters with as many as five new BrahMos NG missiles, which are being developed for light fighter jets. We are planning that a Su-30 MKI plane will be capable of carrying two missiles under each wing and one missile under the fuselage,” BrahMos Aerospace’s chief manager for marketing and exports Praveen Pathak said, as reported by Russian news agency TASS.

BrahMos NG is a mini version based on the existing BrahMos, and will have the same 290 km range and mach 3.5 speed, but will be lighter and shorter than its predecessor.

“Currently, Su-30 MKI planes carry only one missile under the fuselage. The new missiles will considerably boost the aircraft’s capabilities,” he added.