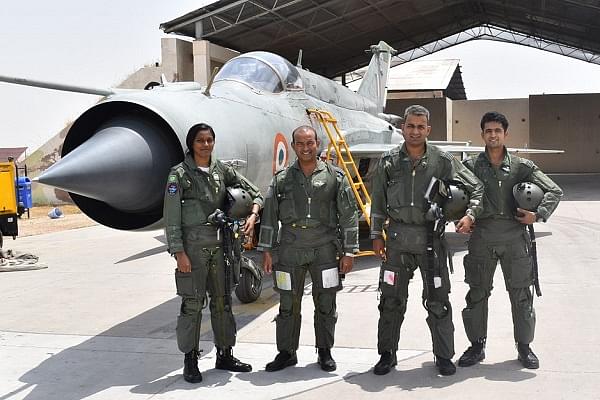 Flight Lieutenant Bhawana Kanth along with other IAF officers

Kanth has finished mandatory operational syllabus which is needed for conducting daytime combat missions with a Mig-21 Bison fighter jet.

Congratulating Kanth, the IAF on its official twitter handle said, "Flt Lt Bhawana Kanth adds another feather to her cap by completing Day Operational syllabus on MiG-21 Bison aircraft. She is the first woman fighter pilot to be qualified to undertake missions by Day on a fighter aircraft."

Kanth, who is now posted in Nal base in Bikaner, will be allowed to carry night operations once she completes her course in night mission training. She had joined the fighter squadron in November 2017, and had flown her first solo sortie on MiG-21 Bison in March last year.

]Kanth is from the first batch of woman fighter pilots of the IAF. Three women -- Kanth, Avani Chaturvedi and Mohana Singh -- were commissioned as flying officers in July 2016.