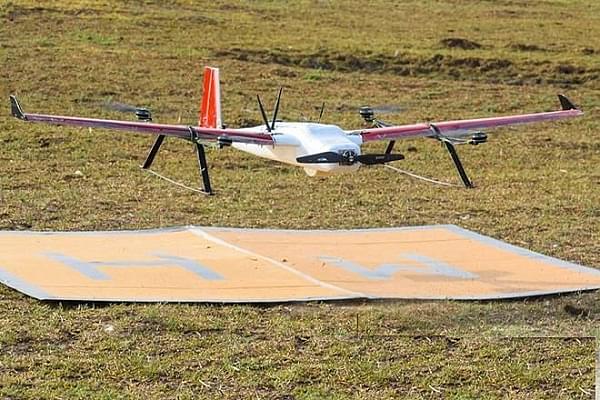 In a sign that the app-based food delivery space in India may soon witness another disruption, Zomato has announced that it has successfully tested a hybrid drone which can deliver transport packages at speeds of up to 80 km/hour, reports The News Minute.

Being a hybrid drone, the model consists of both a rotor as well a fixed wing system. In the test the drone flew over a distance of five kilometres in just ten minutes. Zomato’s progress in the field of delivery drones comes just a few months following its acquisition of TechEagle.

Zomato’s drone comes equipped with sensors as well as an in-built computer, as the eventual aim is to enable it to fly autonomously. Currently though, the company is only testing the device with a pilot on ground.

“Today, the average time required for Zomato’s biker fleet to deliver food is 30.5 minutes. If we consider long-distance deliveries – let’s say, getting paranthas delivered from Chandni Chowk (in the heart of Delhi) to Gurgaon (outside Delhi), covering a distance of about 35 kms) in less than 30 minutes – it would be impossible on a bike, or on the metro, or even with Usain Bolt. Here is where drone tech can change the game,” said a statement by the company.