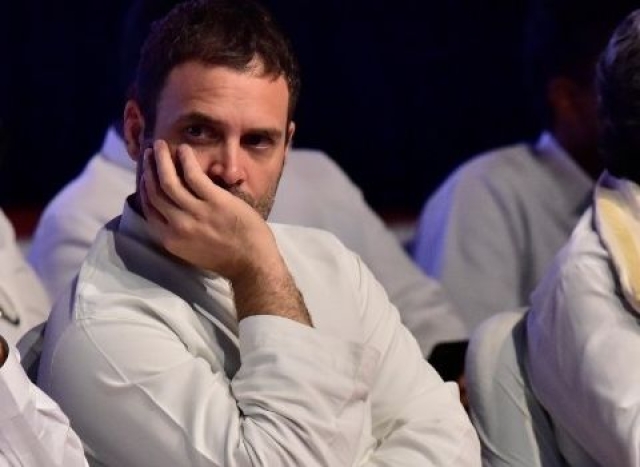 Rahul Gandhi's former aide Pankaj Shankar on Tuesday (10 December) criticised the former Congress chief over his remarks on the Citizenship (Amendment) Bill (CAB) and asked him to end alliance with the Shiv Sena in Maharashtra.

In a tweet, Rahul Gandhi said, "The CAB is an attack on the Indian Constitution. Anyone who supports it is attacking and attempting to destroy the foundation of our nation."

Following this, Shankar, who handled the media for the former Congress chief for many years, tweeted, "Let's hope the alliance with the Shiv Sena ends immediately, if you mean what you tweet. And please don't tell that you are just an MP from Wayanad as you were involved in the alliance at every stage."

Let's hope the alliance with @ShivSena ends immediately if you mean what you tweet. And please don't tell that you are just a MP from @RGWayanadOffice as you were involved in the alliance at every stage. #CitizenshipAmendmentBill2019@INCIndia @priyankagandhi @ahmedpatel

Shankar was referring to the Sena, the Maharashtra Vikas Aghadi allaince partner, supporting the Bill in the Lok Sabha on Monday.

Shankar served as an advisor in the Information and Broadcasting Ministry and was also consultant in Doordarshan when the United Progressive Alliance (UPA) was in power.

Last month, Shankar created ripples when he called Rahul Gandhi a "political intern" and accused him of runing the party's youth organisation.