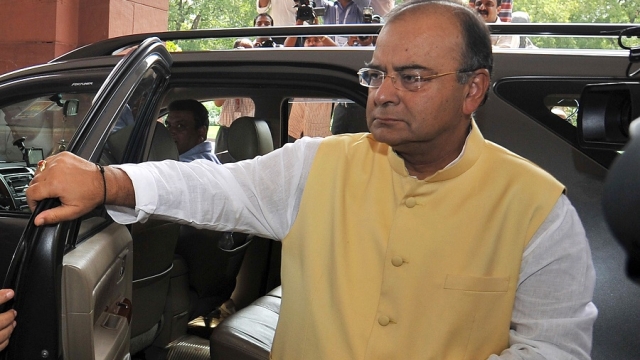 Jaitley would be moving to his own South Delhi home after his family wanted him to move out of the official bungalow due to his health issue. (RAVEENDRAN/AFP/Getty Images)

Former Finance Minister Arun Jaitley has vacated his government allocated bungalow and surrendered his official cars along with reducing his security, Rediff reports. Jaitley has also returned most of the government officials from his personal staff.

It is learnt that he has asked his staff to pay the pending water, electricity and phone services bills, while also stopping 25 daily papers, the report adds. Jaitley would be moving to his own South Delhi home after his family wanted him to move out of the official bungalow due to his health issue.

Jaitley, who is a Supreme Court (SC) lawyer is following the apex court order of former Member of Parliament (MPs) needing to vacate their official residencies within a month after the dissolution of the previous Lok Sabha.

The former minister has planned to seek a smaller government accommodation after he recovers and is hoping to rejoin the government in November. Post general election victory, Jaitley had written to Prime Minister Narendra Modi requesting an exclusion from the NDA government to focus on treatment and recovery.