Former ISRO Scientist Nambi Narayanan Gets Compensation Of Rs 1.3 Crore By Kerala Govt For Implicating Him In Spy Case 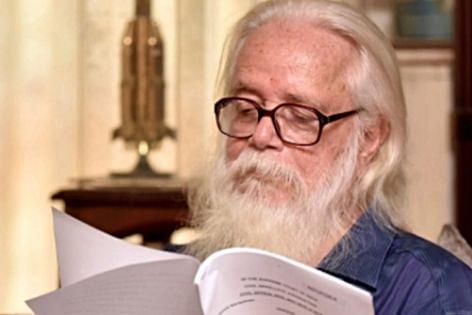 In a positive development, the Chief Minister (CM) Pinarayi Vijayan has finally handed over an additional compensation of Rs 1.30 crore to renowned former Indian Space Research Organisation (ISRO) scientist Nambi Narayanan who had been wrongly implicated by the Kerala Police in case of espionage over two and a half decades in the past, reports Hindustan Times.

The Supreme Court had in 2018 ruled that Narayanan was not guilty of any of the espionage charges which had been pressed on him by the Kerala Police. It had categorically mentioned that the case was "unnecessary" and that "he was implicated."

Following this, the 79-years-old Narayanan had filed a case in a sessions court in Thiruvananthapuram. The Kerala Government later asked the former chief secretary of the State K Jayakumar to look into the matter and fix an exact compensation amount to arrive at a settlement. Jayakumar's suggestions were finally submitted before the court, leading to the settlement which translated into an additional compensation for Narayanan.

Speaking on the development, Narayanan shared, "I am happy. It is not for money alone I fought. My fight was against injustice."