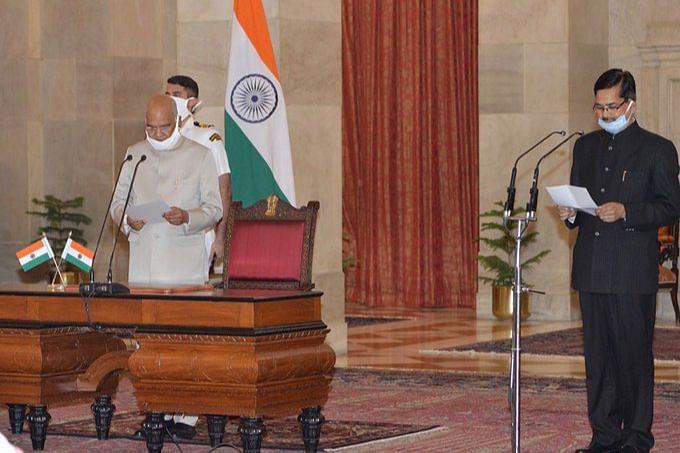 "At a ceremony held today at 10.30 hrs at Rashtrapati Bhavan, Shri Sanjay Kothari was sworn in as the Central Vigilance Commissioner. He made and subscribed the oath of his office before the President," the statement read.

Kothari has been the Secretary to the President and was earlier selected as the new Chief Vigilance Commissioner by a high-powered committee headed by Prime Minister Narendra Modi. He was selected with majority votes.

Kothari, a 1978-batch IAS officer of Haryana cadre, retired in June 2016 as secretary, department of personnel and training.

He was in November 2016 appointed as the chief of the government's head-hunter -- the Public Enterprises Selection Board (PESB).

Kothari was in July 2017 named as the secretary to President Ram Nath Kovind.

Meanwhile, the central government had on Monday (20 April) appointed Kapil Dev Tripathi as the secretary to the president.