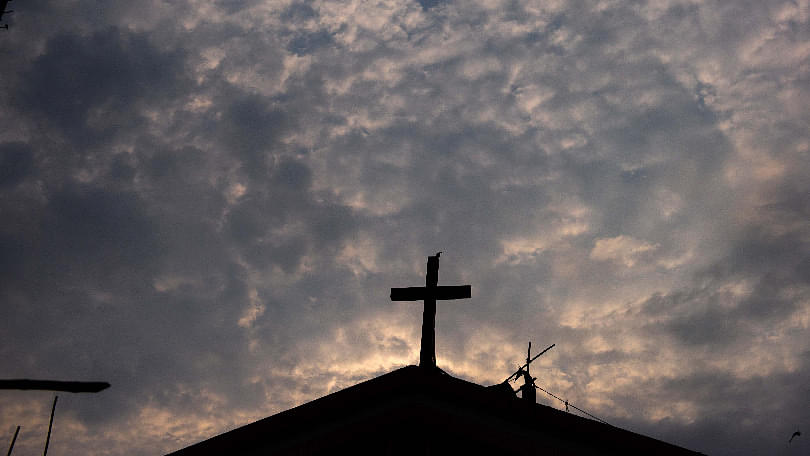 A Church in India. (Satish Bate/Hindustan Times via Getty Images)

Tamil Nadu police have filed a case under Protection of Children from Sexual Offences (POCSO) Act and rescued 44 children from an orphanage that was run by a Christian organisation at Thirumullaivoyal in suburban Chennai. Children who were abandoned were given shelter at the orphanage and girls, in particular, were allegedly sexually harassed at the orphanage. Police have arrested four persons, including a couple who were running it.

Polimer TV reported that the orphanage was functioning inside a St Anna Nursery and Primary School at Thirumullaivoyal that was run by a couple Jacob and Vimala. Police filed the complaint after children in the orphanage complained to the Child Welfare Committee (CWC) when an awareness programme was being conducted in the school premises on sexual harassment. Judges from the Madras High Court were invited to address the awareness programme when some girls stood up to complain that they were being sexually harassed by those running the orphanage “Nithyavasal”. The girls also complained that they were being beaten up to agree to the demands of these persons.

Once the CWC authorities ascertained that the girls’ complaints were genuine, a complaint was filed with Avadi police under whose jurisdiction the orphanage fell. Jacob, his wife Vimla and two other employees of the orphanage were arrested, while one person is absconding.

This is the second controversy over the functioning of charity organisations in suburban Chennai in recent months. Earlier, St Jospeh’s Hospice hit the headlines after a body of an old man was recovered from a truck carrying vegetables to the premises and a woman, who was being taken in that, was rescued. It was then alleged that the inmates of the hospice were being ill-treated following which it was shut.