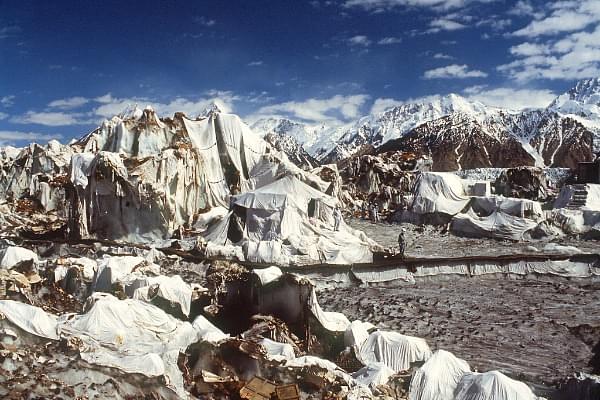 As many as four Indian Army soldiers and two civilian porters were killed on Monday (18 November) after being buried in snow following an avalanche at the Siachen glacier, reports India Today.

The avalanche had hit the Indian Army personnel deployed on the Siachen glacier in Ladakh at close to 3.30 pm on Monday, after which it had been reported that at least eight soldiers had been left buried under the snow.

An immediate rescue and recovery mission was launched by the Indian Army, which thereafter pulled out all the jawans from the debris, and evacuated them to the nearest military hospital by helicopters to provide them with critical care.

"Seven individuals who were critically injured, accompanied by medical teams, providing critical care were evacuated by helicopters to the nearest Military Hospital, where all lifesaving resuscitative measures were instituted," an official statement by the army said.

"Despite best efforts, six casualties, which include four soldiers and two civilian porters succumbed to extreme hypothermia," it said.