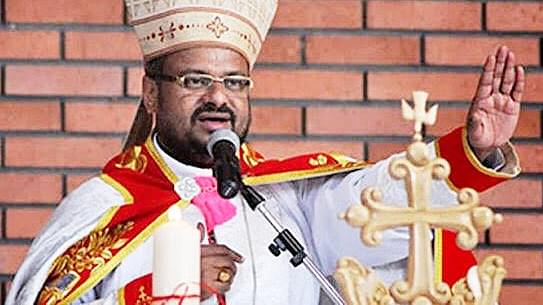 A nun, Sister Anupama, has alleged that attempts were being made to try and tamper with cyber evidence against rape-accused bishop Franco Mulakkal, reports India Today. She made the allegation after a local court in Pala, Kerala noted some irregularities in the evidence submitted to it in a DVD.

In her statement, she said that she believed it was the rape-accused bishop who was behind attempts to sabotage evidence against himself.

Mulakkal, who belongs to the Jalandhar diocese, is facing a police investigation for allegedly raping a nun at a Kotayam convent 13 times. Following the victim’s complaint in June 2018, a number of other nuns came forward and accused Mulakkal of sexual misconduct.

Church authorities have, however, stood by the bishop and the nuns who protested against him; the nuns who came out to protest against him allegedly faced backlash from Church officials.