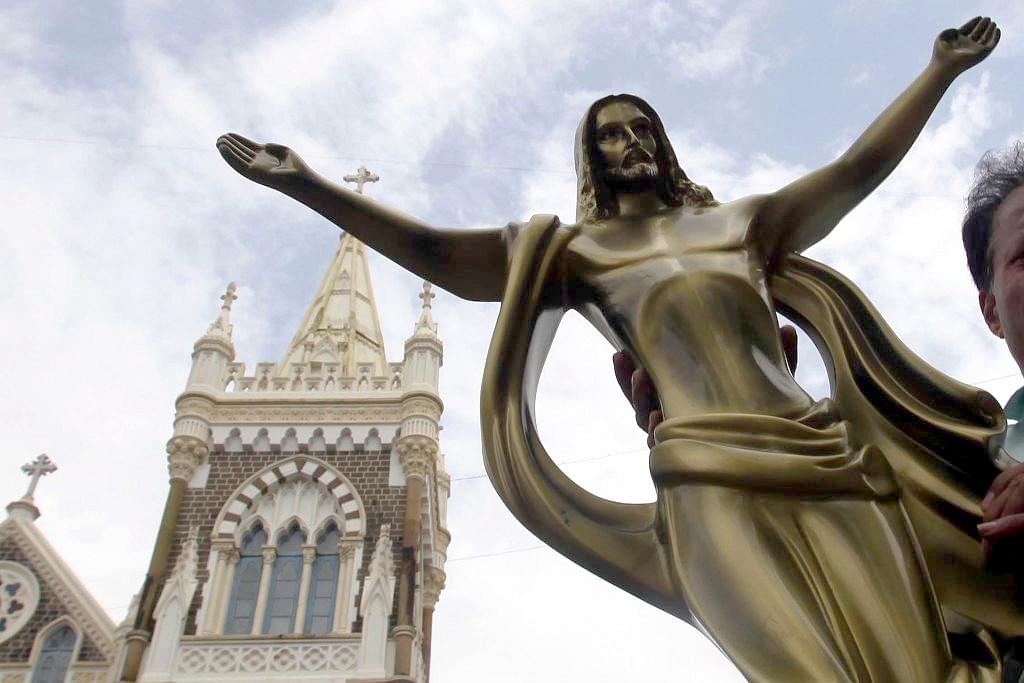 An idol of Jesus being carried in India. (representative image) (Vijayanand Gupta/Hindustan Times via Getty Images)

After the rape of a nun by Jalandhar’s Roman Catholic Bishop Franco Mullakal at a Kerala convent and the subsequent mysterious death of Father Kuriakose Kuttuthara who took up the cause against him, here’s another similar case from Tamil Nadu. Only that, this happened long ago but has come out in the open now.

According to Savio Rodrigues, Founder and Editor of India Expose, a priest Rathinam Rajarathinam, who was president of St Joseph’s College Tiruchi, raped and impregnated a nun who was pursuing her master’s degree in the college. A complaint lodged by the nun with police said that during one of their meetings, the priest laced her drink with a sedative, raped her and then took a naked picture of her.

He not only threatened her from reporting the incident but also continuously abused her between 2006 and 2008. The nun became pregnant in 2008 and the pregnancy was medically terminated. Then, she was expelled from the church.

The nun’s case was taken up by the college’s rector Susaipitchai, who was also a priest. He demanded the removal of Rajarathinam from the college. Susaipitchai was found dead under mysterious circumstances in 2010 but police said he died of cardiac arrest. Before his death, the priest was harassed by fellow priests for his stand against Rajarathinam.

Rajarathinam, who is now secretary of Loyola College at Vettalam in Thiruvannamalai district, was granted bail by the Madras High Court on 3 November 2010 in the case lodged by the nun. Three others have also been accused in the case including the doctor who terminated the nun’s pregnancy.

The case has run into hurdles after a mahila court stayed the proceedings till the time the Tamil Nadu government appoints a public prosecutor. The person who was earlier the public prosecutor opted out of the case.