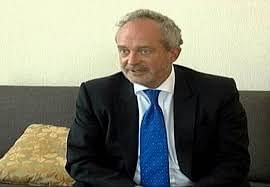 The curbs are reportedly on his access to legal assistance after the Enforcement Directorate (ED) informed the court that the accused had misused the permission by passing on to his counsel a paper that contained a set of questions on “Mrs Gandhi.

The court has extended Michel’s custody for seven days and has restricted his access to his counsel by allowing his lawyers to meet him one at a time, from a distance for a maximum of 15 minutes, twice a day.

When a medical team had come to conduct a mandatory check-up, the accused had reportedly slipped a note to counsel Aljo Joseph while ostensibly shaking his hand, the ED said while moving a plea for the extension of custody of Michel.

The ED officials found that the paper had a list of follow-up questions that were yet to be asked at Michel on ‘Mrs. Gandhi’. “The paper was lying on a table in the same room, which he managed to get hold of and handed over to the counsel,” The Hindu quoted an official as saying.

The questions are based on the documents gathered by the ED during the probe so far.