From Waste To Wonder: In A First, Delhi Gets Its Own ‘Wonders Of The World’ Park Using Recycled Garbage 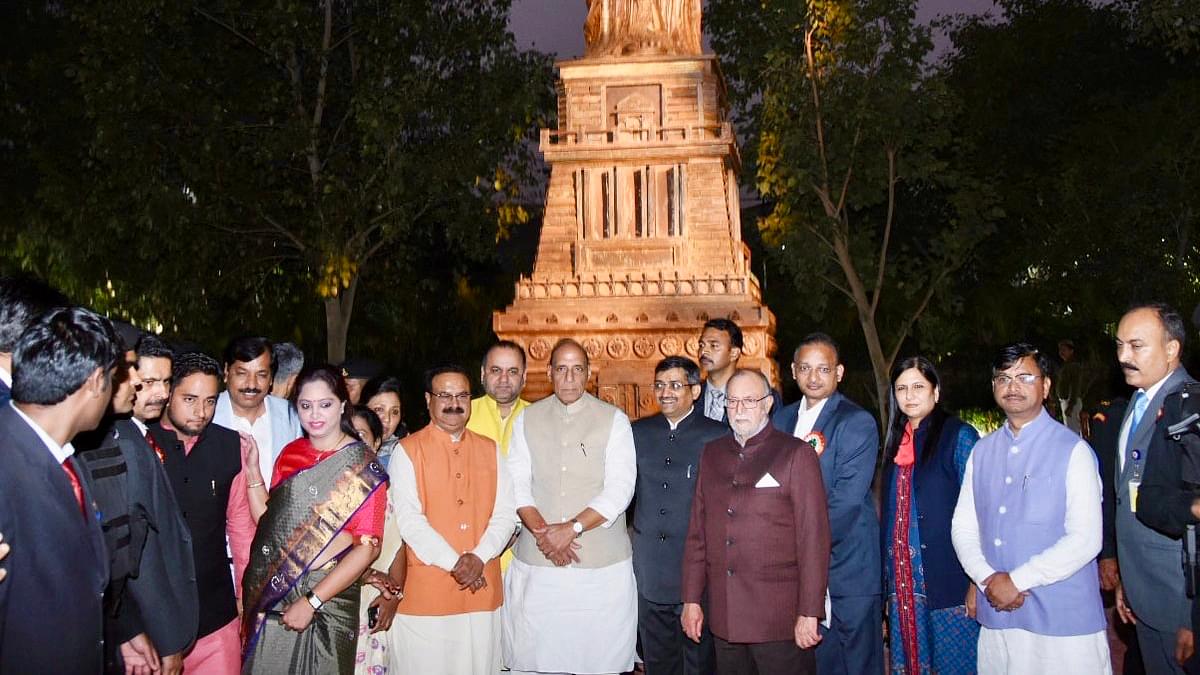 Home Minister Shri Rajnath Singh at the replicas of seven wonders of the world at the inauguration of “Waste to Wonder” Park under SDMC in New Delhi (Pic: twitter)

The Eiffel Tower and the Taj Mahal are among the replicas of the seven wonders of the world built at a theme park, using 150 tonnes of industrial and other waste.

The other replicas include the Great Pyramid of Giza (18 ft), Leaning Tower of Pisa, Rio de Janeiro's Christ the Redeemer, Rome's Colosseum and New York's Statute of Liberty, SDMC officials were quoted in the PTI report.

The park is built by the South Delhi Municipal Corporation (SDMC) as part of its initiative to process waste and use them to add aesthetic value to the city.

The replicas are reportedly made using scrap of automobile parts and other metal waste like rods, fans, iron sheets, bicycle, nut-bolts and bike parts, etc.

“150 tonnes of scrap and debris had been used to create the architectural wonders for the city,” SDMC Commissioner P K Goel was quoted saying.

Goel said that the park is arguably the ‘world's first’ where all the seven wonders have been replicated using waste products.

“Materials like cement and mortar have been used in other wonders of the world parks, and their cost has been much higher,” Goel said.

“The park has been commissioned in six months despite the expected time of completion being eight months,” the SDMC said.

“Even washrooms have been made from old shipping containers. Five artists, seven supplementary artistes, and 70 welders worked on it. The park is built over an area of seven acres,” the official said.

The entry fee would be Rs 50 for adults and Rs 25 for children in the age group of 3-12. Children up to the age of three years and senior citizens will not be charged any fee.