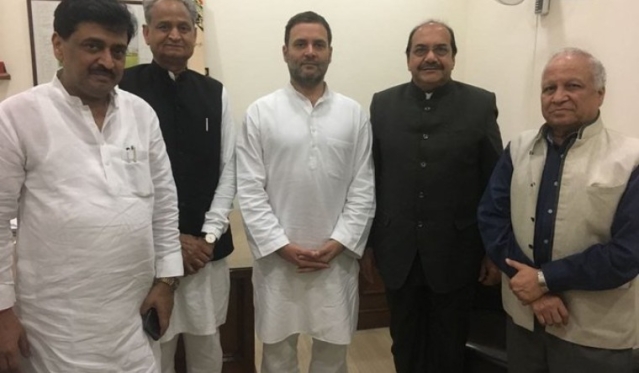 Abhay Thipsay, a retired judge turned Congress leader and a close confidante of Rahul Gandhi, has informed a London court via video link that the charges levelled by the CBI against fugitive jeweller Nirav Modi which include criminal conspiracy, cheating and dishonestly inducting delivery of property — would not stand scrutiny under Indian law, The Times Of India reported.

Thipsay, who has served in the Bombay and Allahabad high courts and joined Congress party during the run up to the 2019 Lok Sabha election, was appearing on behalf of Nirav Modi who has challenged the Indian government's extradition request for him.

A court in London is conducting hearings on Nirav Modi case.

Thipsay, who made an appeared on Wednesday (13 May) via videolink , claimed that under Indian law some of the police statements in the case against Nirav Modi as well as the definition of deception will be “inadmissible” under Indian law.

The Times of India quoted Thipsay as telling the court, "Unless someone is deceived, there can be no cheating under Indian law. Deception is an essential ingredient of an offence of cheating. If no one was deceived in issuing LoUs (letters of undertaking), there is no question of a corporate body being deceived. The authority given to officials of the bank to issue LoUs cannot be said to be property and they cannot be said to be entrusted with property and therefore there cannot be a criminal breach of trust."

The Crown Prosecution Service (CPS), arguing in court on behalf of the Indian authorities, said while it was not necessary for the judge to see the new evidence, the documents "help clarify matters" and "back up what is already said" on the charge against Modi of defrauding Punjab National Bank (PNB) by deceitfully obtaining letters of undertaking (LoUs), or bank guarantees, and then laundering the proceeds through a complex set of worldwide transactions using dummy companies.

The 49-year-old Nirav Modi has been following the court proceedings via videolink from a room at Wandsworth Prison in south-west London, where he has been lodged since his arrest in March last year

Modi has made repeated attempts at bail over the past year, each of which were turned down as he is deemed a flight risk.

The fugitive jeweller was arrested on 19 March 2019, on an extradition warrant executed by Scotland Yard and will be the subject of a second hearing in September when the two additional charges of "causing the disappearance of evidence" and intimidating witnesses or “criminal intimidation to cause death” are to be heard.

BJP spokesperson Sambit Patra took to Twitter asking "what was the deal between Rahul and Nirav?".

Patra appeared to be referring to a party attended by Nirav Modi and Rahul in Delhi in 2013.

After his retirment from judiciary, Thipsay joined the Congress in June 2018 in the presence of Rahul Gandhi, who was then president of the party.