Future Is Calling: Soon Your Laptop And Smartphone’s Lithium-Ion Batteries Would Be 3D Printed 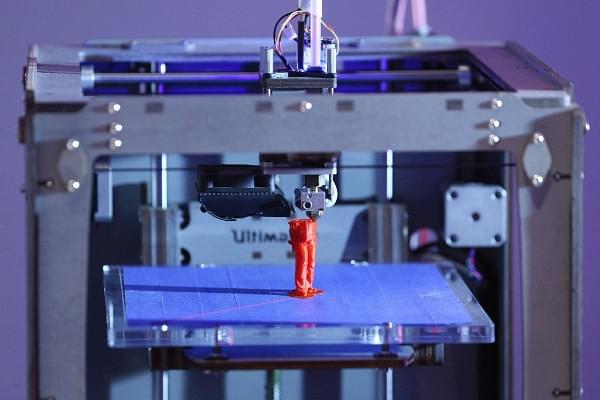 Researchers at the Duke University and Texas State University in the US say until now manufacturers were forced to design devices around the size and shape of commercially available batteries. With this discovery, manufacturers will gain significantly as they will be able to create and manufacture devices not limiting to the size of batteries but vice-versa.

According to a study published in the journal ACS Applied Energy Materials, 3D printers which can fabricate an entire device in any shape and sizes they want. However, due to the usage of poly lactic acids (PLA) printers were not able to print lithium-ion batteries as they are not iconic conductors.

The researchers were able to overcome this problem by increasing the ionic conductivity of PLA by filling it with an electrolyte solution. Furthermore, they were able to increase the battery’s electrical capacity by integrating it with graphene or multi-walled carbon nanotubes into anodes or cathodes, respectively.

A 3D printer was used to print an LED bangle bracelet with an integrated Lithium ion battery to demonstrate the battery’s potential. The battery successfully powered a green LED for 60 seconds. The capacity of first generation 3D printed battery is too low for practical users as of now.