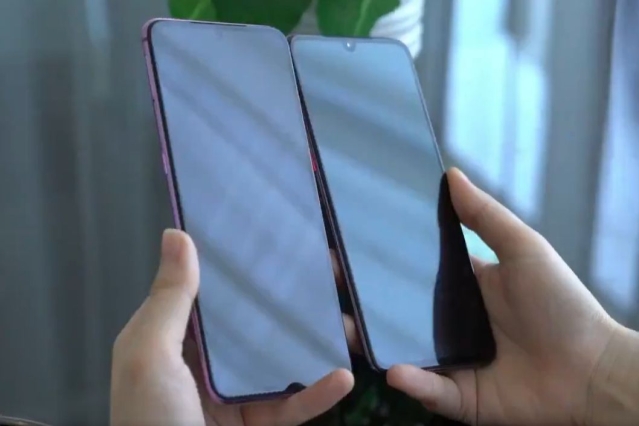 Oppo, which had earlier tried to hide the camera using different mechanism including a slider camera and side-pivoted pop-up, shared a video on Twitter of the working under-display camera without much detail.

In the Oppo video, the camera app was launched on the smartphone, and despite the lack of a visible front-facing camera, the screen still seemingly showed a live view of the room's ceiling. Just to add credibility to the video, the demonstrator also hovered a finger over where the camera is supposedly hidden, reports Engadget.

For those seeking the perfect, notchless smartphone screen experience â prepare to be amazed. ð²

You are taking a very first look at our under-display selfie camera technology. RT! ð¤¯ pic.twitter.com/FrqB6RiJaY

Hours after Oppo shared the video of its ‘under-display selfie camera’, Xiaomi hit back with its own take on the new technology.

A video of the under-display camera tech was shared by Xiaomi on Twitter. According to a report, Xiaomi has noted that this display technology is their “independent intellectual property,” hinting that their display technology could be different from the one exhibited by OPPO.

Do you want a sneak peek at the future? Here you go...introducing you to Under-Display Camera technology!#Xiaomi #InnovationForEveryone pic.twitter.com/d2HL6FHkh1

Xiaomi has reportedly also shared a infographic decoding the working of this new innovative technology. Firstly, when taking a selfie, the area of the display above the front camera turns transparent, allowing the light to pass to the sensor. The area of the display has “low reflection and high permeability” to make sure that bright light falling upon the display does not hinder the formation of the image on the sensor.