Gaja Set To Cross TN On 15 November; Prepare For Heavy Rainfall Across State 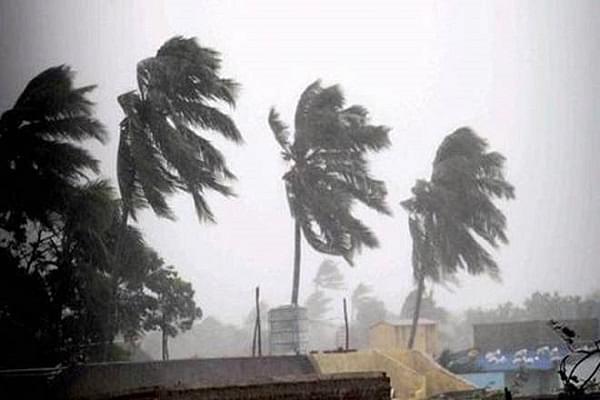 On Monday evening, the cyclonic storm lay over the Bay of Bengal, about 720 km east-northeast of Chennai and 800 km east-northeast of Nagapattinam. It is very likely to move west-southwestwards and is set to weaken gradually, and cross the coast as a cyclonic storm. It is likely to bring heavy-to-very-heavy rainfall at a few places over seven districts in the State on Wednesday and Thursday,

Gaja is the 55th tropical cyclone since the naming convention started in 2004. While rainfall is expected over most parts of north Tamil Nadu and Puducherry, a few places in districts such as Thanjavur, Tiruvarur, Karaikal, Nagapattinam, Cuddalore, Ramanathapuram and Pudukottai may experience heavy-to-very heavy rainfall, up to 25 cm.

Tamil Nadu Chief Minister K Palaniswami chaired a high-level meeting at the Secretariat of Ministers and top officials to review preparedness in the wake of the storm and forecast of heavy rainfall.

Revenue Minister R B Udaya Kumar said 30,500 rescue personnel were on standby while arrangements had been made for food and shelter at relief centres for those in low-lying areas. Across the state, a total of 4,399 locations have been identified as vulnerable and teams have been deployed for rescue, he told reporters. Also, teams of the National and State Disaster Response Forces are ready for deployment. Vigil has been mounted in coastal districts and meetings have been held to review preparedness, he said.

Gale-force winds reaching speeds of 80-90 km per hour may prevail along and off north Tamil Nadu and Puducherry coasts and fishermen have been advised not to venture out to sea till Thursday. As the cyclone moves inland, south Tamil Nadu and interior parts may also experience heavy rain on 16 November. A storm surge of a height of 1 metre is expected in Nagapattinam, Cuddalore and Karaikal districts during the cyclone’s landfall.