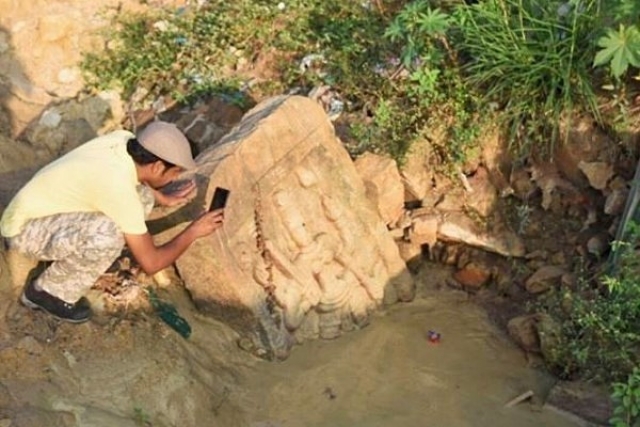 Volunteers of the group Inscriptions of Bangalore have discovered a hero-stone belonging to Ganga dynasty in the city’s Begur Lake, Economic Times has reported. Ganga dynasty ruled Karnataka between 4th and 11th century. The entire district of Bengaluru was known as Gangavadi under this dynasty’s rule. The present name ‘Bengaluru’ appears in a 900 AD inscription that belongs to Gangas.

The inscription on the stone artefact is still not visible. It will have to be excavated by the archaeological department for a detailed study. “There is no inscription visible as of now. Excavation is required to get more details. We have informed the archaeology department, and they might visit the site on Thursday,” Vinay Kumar of ‘Inscriptions of Bangalore’ told Economic Times.

The hero-stone records the death of a servant of Nagattara in the battle of Bengaluru. From the remains, it appears as though the shelter above the artefact has been crushed under the walking track of the Begur Lake.